Oprah Winfrey was ambushed by a man claiming to be her ‘secret son’ after leaving a recent taping of The Late Show with Stephen Colbert. I can’t say that if this happened to me I would be reacting much differently than she did[1]: 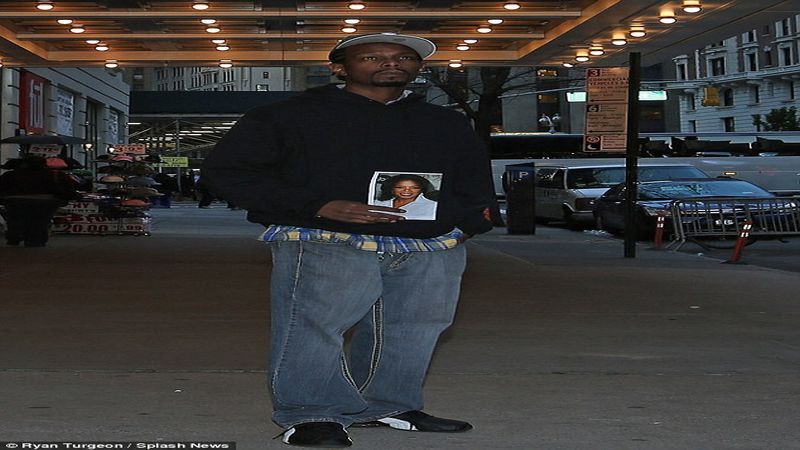 The 61-year-old media mogul was photographed as she attempted to deal with the man, Calvin Mitchell, during an awkward encounter outside Colbert’s New York studio on October 15.

The National Enquirer arranged for Mitchell to run into Winfrey after he claimed he wanted to reconnect with the talk show host after becoming estranged from her for 20 years.

Mitchell told Radar on Monday that Winfrey once asked his mother to adopt him at age 11 after he and the billionaire mogul met on the 1992 set of ABC’s movie-of-the-week, There Are No Children Here.

The two-time Oscar nominee was seen acknowledging Mitchell outside the studios and pressed her hand against his chest in the familiar way she frequently does with fans – before he left his phone number with her reps for further contact.

Mitchell said that he became suicidal and depressed after his relationship with Winfrey ended years ago.

The Enquirer reported that Winfrey was upset that Mitchell had reached out to the tabloid to talk about their past just days before their meeting outside the studio, and that he pleaded with Winfrey for forgiveness.

‘I’m sorry, I’m sorry, but it was the only way to get in touch with you,’ Mitchell reportedly told Winfrey.

He then asked if they could talk, at which point Winfrey reportedly told him; ‘Honey I’m on my way to the United Nations right now so I can’t talk to you.’

She then reportedly added; ‘Calvin, you just take care of yourself.’

Mitchell said he charmed Oprah when they first met by offering her a Diet Coke, and she offered him a job as her ‘personal bodyguard’ before asking his mother Eva if she could adopt him.

‘It felt strange because I felt if someone wanted to help me with my children, that’s one thing,’ his 56-year-old mother told the site.

‘But to actually adopt one child knowing I have others? I couldn’t allow her to separate my children.’

Winfrey – who boasts a $3 billion fortune – would allegedly send gifts to the boy with notes addressed: ‘To my son Calvin, I love you.’

The 20-time Emmy winner also allegedly paid for Mitchell to attend the private Christian boarding school, The Piney Woods School, in Mississippi until he dropped out at age 17.

‘I was young. I made a dumb decision, and Oprah wouldn’t forgive me. I feel like what she did was wrong,’ said Calvin, who later became suicidal after she ‘abandoned’ him.

‘She told me, “Calvin, just try to work it out. You can do it. Just hang in there.” She was trying to inspire me to do what was right. But even after the long pep talk she gave me, I still left.’

He added: ‘I just wanted to come home, and Oprah didn’t understand that.’

Is he really missing Ms. Winfrey, or is he missing her financial help? It seems he didn’t care as he squandered a superb private education that she paid for about the chaos he was creating. Why try to reach out to her via the National Enquirer? There were much better ways to handle this. Best of luck to you, Calvin – I hope you find whatever it is you need with your ‘secret mom’.