Think caterpillars are harmless? Well you won’t think that if you touch this ONE!

They may be cute, white and fluffy but doctors warn a caterpillar that has shown up in Pennsylvania is not harmless. Too bad, because these little guys are ADORABLE[1]! 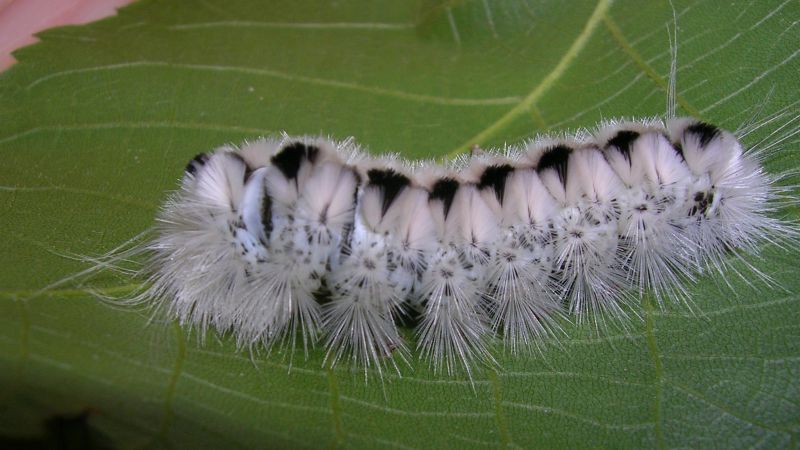 The White Hickory Tussock Moth Caterpillar originally hails from Canada. The caterpillar has black spines that are packed with venom.

“There have been many reported cases. None of them fatal, but all strange, new and concerning,” Dr. Joseph Betz with MedExpress told WJAC.

His unsuspecting young son touched one, and minutes later the boy broke out in a rash.

“They don’t mean to do it, but it is part of their defense mechanism against large predators and toddlers,” Betz told WJAC.

The good news is the rash is temporary and can be treated at home with lotion and ice.

The caterpillars should be disappearing soon, as they hibernate in their cocoons for winter.

Or disappearing because people are squishing their little poisonous butts. Take your pick, but either way, I am glad to see things that are poisonous get lost.