When I was young (not that long ago), I cleaned all of my cuts and scrapes with paper towels before putting a bandaid on. When we were out of bandaids, I’d wrap a piece of paper towel around it and tape it to my finger.

I was fine, but it turns out that doing so is probably not the best idea. At least, it shouldn’t be the only step you take in cleaning a wound. 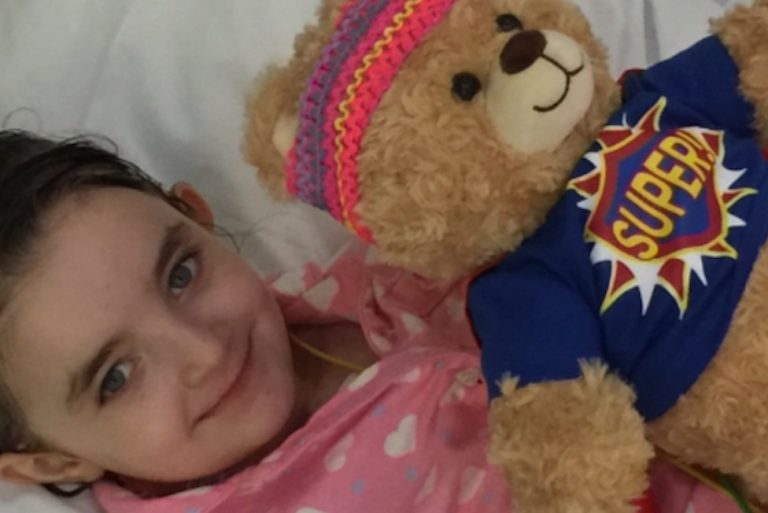 When 3-year-old Abbi Holland, from Manchester, England, tripped and scraped her knee four years ago, staff members at her school had the child clean her cut with a wet paper towel.

That turned out to be a life threatening decision for the toddler.

According to Good Housekeeping[3], Abbi’s parents had to rush her to the hospital when she developed a 109-degree fever hours after her fall from an infection that had set in because the wound was not properly cleaned, nor was it covered adequately.

Things didn’t improve quickly for the toddler once she reached the hospital. She had severe reactions to the antibiotics that the doctors were trying to use to stop the infection, and she ended up being hospitalized for four months.

That wouldn’t be the last time the child had to spend time in the hospital because of her wound. Abbi’s infection damaged her heart, leading to an aortic valve leak. The toddler’s parents, Caz and Dave Holland, were told that their daughter would need heart surgery in order to survive.

“To be told that they are going to have to stop your little girl’s heart and there’s no guarantee they will be able to start it again is terrifying. Then to hear that if they did manage to there was a chance she could be brain damaged— well you wouldn’t wish that on your worst enemy.”

Now, after watching their child suffer for years from a scraped knee, Abbi’s parents are hoping to raise awareness about basic first aid.

Basic first-aid is not that difficult or time consuming, but it could just save your life. Click here[5] to learn how to properly clean and disinfect wounds.