“YOU’RE A DEGENERATE!” said the lawyer. 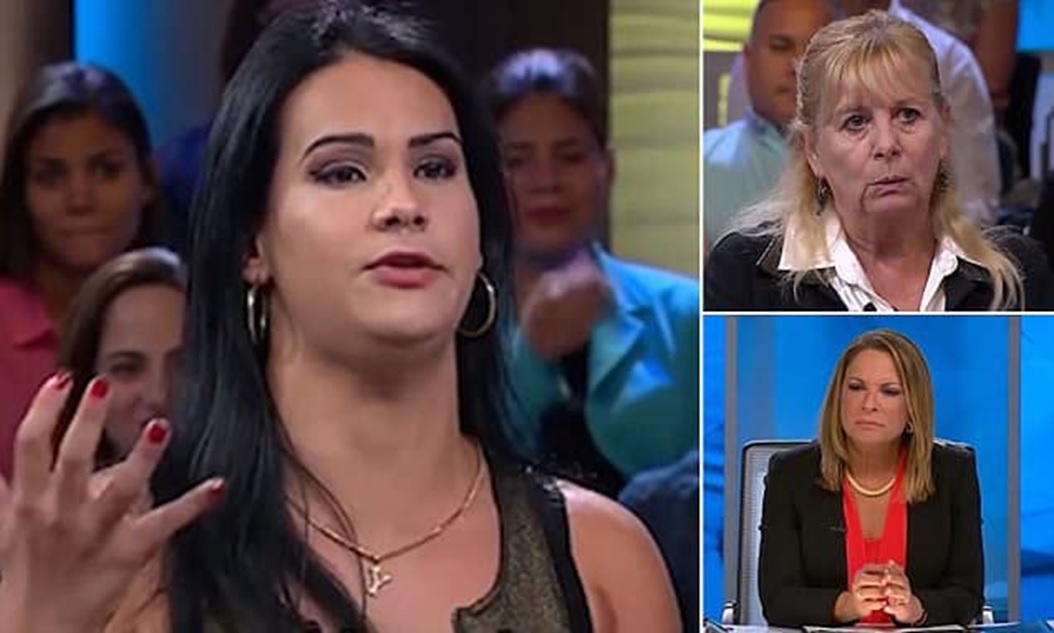 The reality television show Caso Cerrado, Telemundo’s answer to Judge Judy, recently featured a transgender defendant named Jennifer who was hired by the defendant Sylvia to have sex with her husband.

Jennifer explained to the lawyer and arbiter Ana María Polo that she had been regularly hired by the couple as a masseuse, when Sylvia had the idea to hire Jennifer to have sex with her husband for his 60th birthday. We at Right Wing News do not recommend this as an appropriate gift. New golf clubs, maybe?

As Polo listened in shock, Jennifer described that she only took the $500 gig in order to send money back to her family in Cuba.

“Can you imagine?” said Jennifer. “I’m Cuban. I’m well hung.” In the procedure to fix her penis, it “ended up small.”

So, why was Jennifer suing Sylvia for $20,000 in damages? It’s not just to cover the surgical costs which totaled over $13,000. She was also charged with prostitution.

In the end, Sylvia and Jennifer agreed on a settlement of $5,000 paid to Jennifer.

You’d be right to doubt the truth of this situation, like many in the YouTube comment section. But, it’s good to note that the show has a disclaimer saying that while many cases are acted out, they are still based on real life events.

You can watch the Spanish language episode that aired recently on Telemundo here.