If You Use This Toothpaste, Throw It Out ASAP, The Reason Is HORRIFYING

Or at least[1], that is what some people are saying. However, let’s play devil’s advocate here for a minute… from a DDS: “This is BS. Triclosan is not absorbed by the oral mucosa and it is not ingested either. Unless you eat a whole tube of toothpaste, there is no risk. The problem with antibacterial soaps is that it tends to dry the skin, creating cracks, and making the skin susceptible to bacterial invasion. I am a DDS.” That makes some sense to me. However, I wonder about people who have gingivitis and that bleed when they brush. It could certainly get into the bloodstream that way. It would not surprise me if there are side effects from triclosan. I’d have to see more on it though before I ditched Colgate.

I would imagine there are many things we use that have a less than favorable effect on our bodies. Our food is far too processed and deodorant has been debated as a risk in its use for years. At issue here is that Colgate toothpaste is using an ingredient called triclosan, which has been banned in anti-bacterial hand soap because it is dangerous if it gets into your bloodstream. Dentists are saying its bull crap, but there are many side effects of the ingredient. 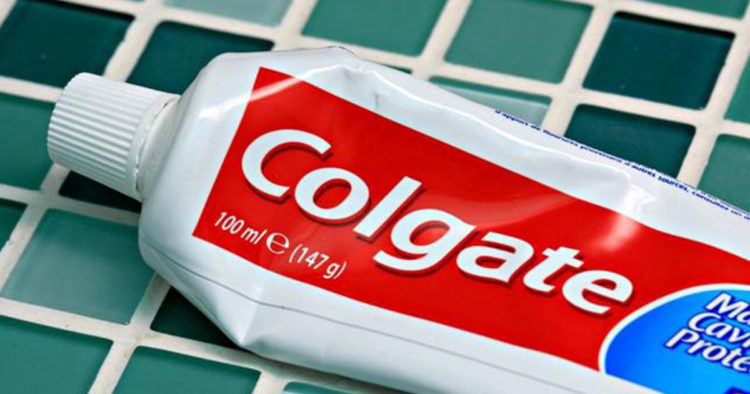 I never knew that a toothpaste could be so risky to use, this is insane.

It was recently announced by the FDA that they were going to put a ban on anti-bacterial soap because the soap contains an ingredient known as triclosan. Although they feel that the ingredient may be harmful to the outside of your skin apparently they don’t feel like it’s harmful to digest the ingredient.

This ingredient is used in many cleaning supplies such as TIDE laundry detergent, but would it surprise you if I told you that the FDA is allowing the ingredient to be in your TOOTHPASTE?? 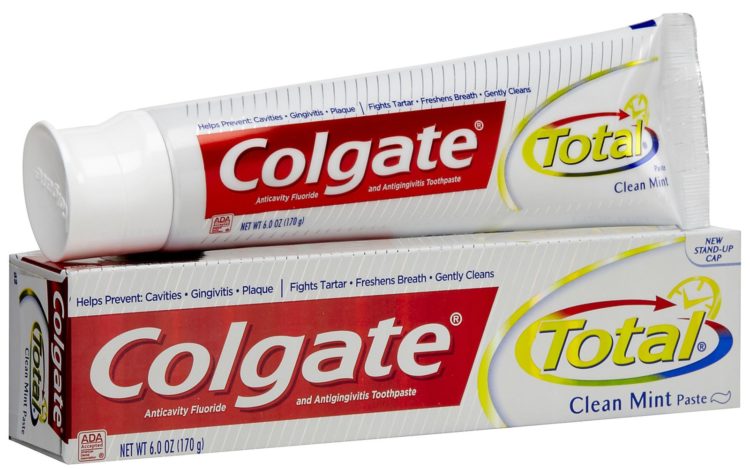 Colgate Total has this same active ingredient in it and I guess they aren’t too worried about consumers putting it in their mouths, they are only worried about it going on their skin? This can’t be right!

An FDA spokesperson says that the ingredient is effective in reducing the risk of plaque and gingivitis. Not only that but the risk and the benefit for the product is favorable.

“Based on scientific evidence, the balance of benefit and risk is favorable for these products.”
– Andrea Fischer, FDA Spokesperson

Triclosan is an endocrine disruptor, which means it interferes with important hormone functions that can directly affect the brain in addition to the immune and reproductive systems. Specifically, the chemical disturbs thyroid, testosterone and estrogen regulation, which can create a host of issues including early puberty, poor sperm quality, infertility, obesity and cancer. Studies have also shown it can lead to impaired learning and memory, exacerbate allergies and weaken muscle function. The impacts of prolonged exposure during fetal development, infancy and childhood can be particularly severe, resulting in permanent damage. Doesn’t sound so harmless, huh?

I would just simply like to know if it is such a danger to us that the FDA banned it in hand soap, why allow it in toothpaste? That doesn’t make sense to me. I’m not a conspiracy theorist when it comes to fluoride, but the same could be said about it as an ingredient probably. Since I’m not a doctor or a dentist, I would want more input on this to find out if the warning is warranted. It does make you consider switching your toothpaste though.