VIDEO: Slab City — An Abandoned City In America With No Law

It’s claim to fame is that it’s considered the last free place in America. It’s 140 miles east of San Diego where rich farmland turns to dusty old[1] worn out towns, which turns to scorched desert. 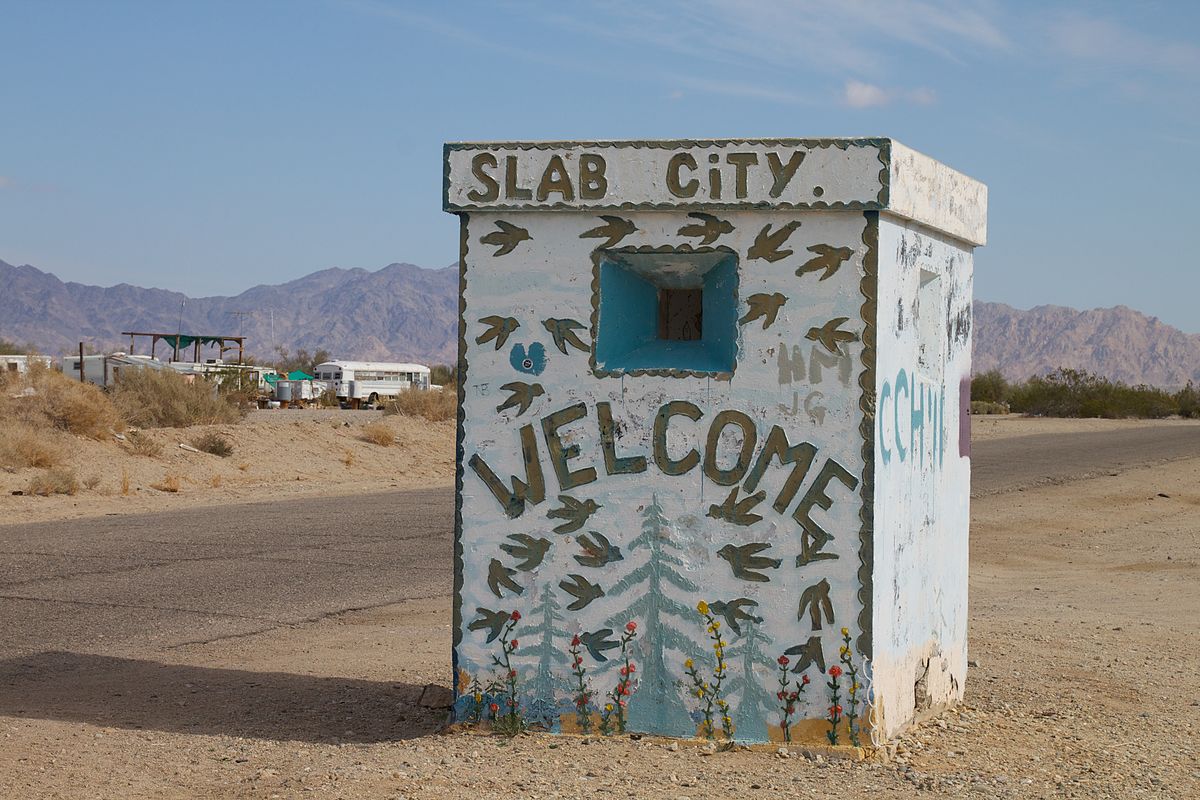 A derelict guard post that seems to be a canvas for graffiti, tells us we’re close. There hasn’t been a guard here since World War II. This used to be a Marine training base that was named Camp Dunlap. The military pulled out after World War II and left a bunch of concrete slabs behind, which make up a lot of the small city.

Years later, those ‘slabs’ drew snowbirds in RVs looking for a free place to park and really lay on the retirement dollars. They also inspired what this new community would be called: Slab City.

Snowbirds still come to the Imperial County spot for the winter months, though the population is decreasing. The rest, just about 200 ‘citizens’, call Slab City home year-round. Temperatures can reach a hellish 120 degrees in the summer.

Some come to the Slabs to escape modern society. Many are destitute. Others just don’t want to be found. A few are fugitives or drug addicts. Others are young nomads. There’s even a population of modern day hobos — Slabbers call them “train kids” — who come through on a regular basis.

People have lived on Slab City’s 640 acres for decades. They are squatters on state-owned land. They don’t pay rent, and so it’s often referred to as “the last free place in America.”

But that freedom or liberty is getting more slight. The state is reckoning selling off the land in a deal. Talk of the sale has urged some residents to form and take a leadership role. They’ve signed up to buy the land.

Will this place be saved for future slab-idians?