Liberals just don’t stop trying to stir the pot, do they? Ricky Gervais decided to dig up a 5 year old photo of huntress Rebecca Francis with a dead giraffe – and liberals all over social media have some pretty filthy things to say. More from The Blaze:[1] 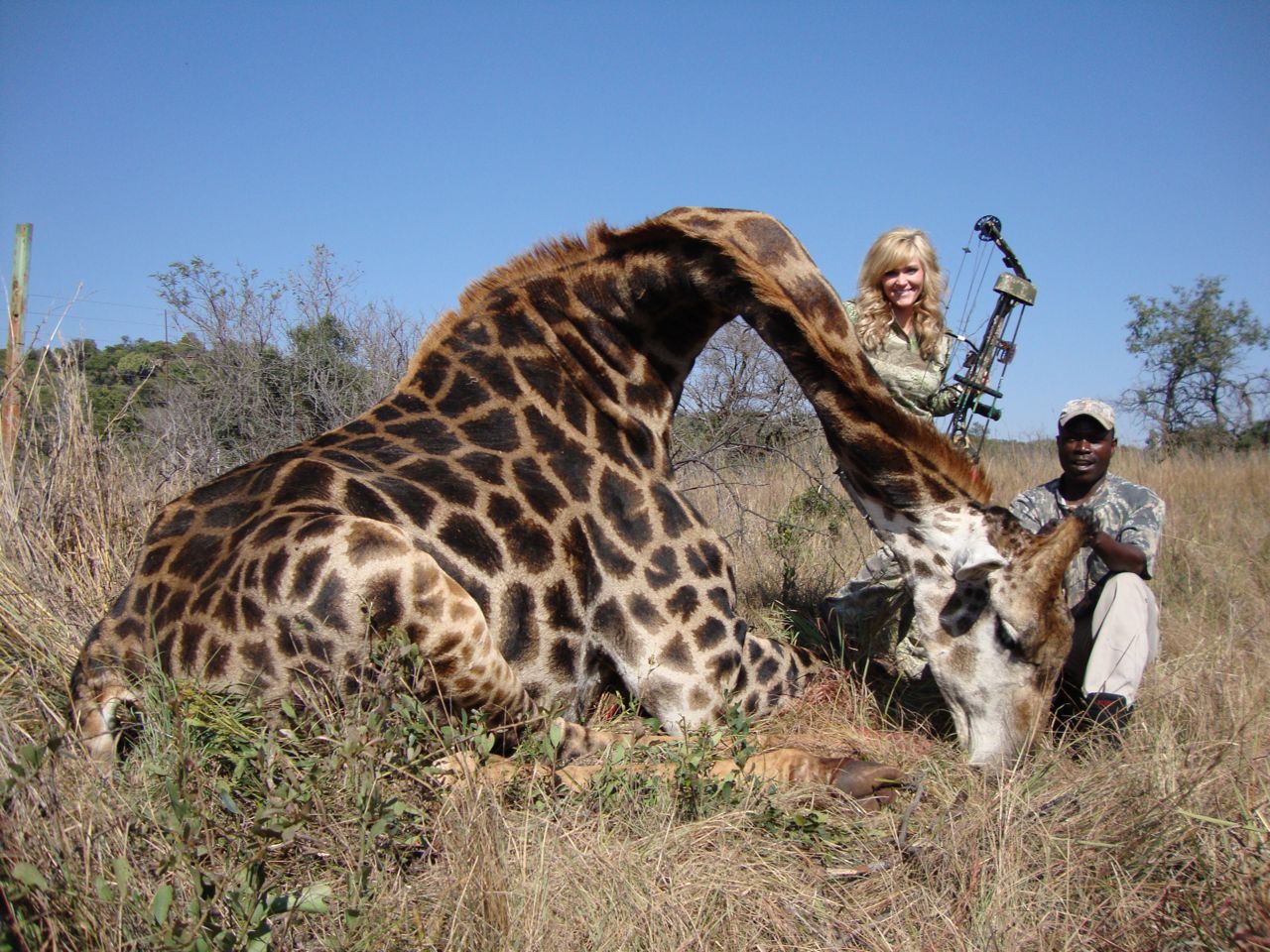 Controversy was ignited this week after a comedian and animal rights activist posted a five-year-old photo of a Utah hunter smiling as she posed next to a slain giraffe.

“What must’ve happened to you in your life to make you want to kill a beautiful animal & then lie next to it smiling?” Ricky Gervais asked his 7.5 million Twitter followers Monday.

The hunter, Rebecca Francis, was featured on the show “Extreme Hunting” and hosted the show “Eye of the Hunter.”

After Gervais tweeted the photo, Francis was immediately attacked online, with many posting about how they hoped she was painfully killed.

“I would love to permanently erase that smile,” one user wrote. “May she get all the cancers and diseases she deserves.”

Francis responded to the vile comments in a Facebook post on Hunting life’s page, explaining that she was asked to kill the giraffe:

When I was in Africa five years ago I was of the mindset that I would never shoot a giraffe. I was approached toward the end of my hunt with a unique circumstance. They showed me this beautiful old bull giraffe that was wandering all alone. He had been kicked out of the herd by a younger and stronger bull. He was past his breeding years and very close to death. They asked me if I would preserve this giraffe by providing all the locals with food and other means of survival. He was inevitably going to die soon and he could either be wasted or utilized by the local people. I chose to honor his life by providing others with his uses and I do not regret it for one second. Once he was down there were people waiting to take his meat. They also took his tail to make jewelry, his bones to make other things, and did not waste a single part of him. I am grateful to be a part of something so good.

So let me get this right- an animal, estranged from the herd, cast out as useless by other giraffes, somehow had some intrinsic value to nature? FALSE. This animal was able to provide more after being shot and having all his parts used. Stupid liberals. When will you ever learn?