But in a story too bizarre for satire, 38 year-old Helena Mueller happily admits that her dog Lola is the #1 priority in her life, taking precedence over her husband and 6 year-old son Harry.

Buckle up, it only gets worse from here. 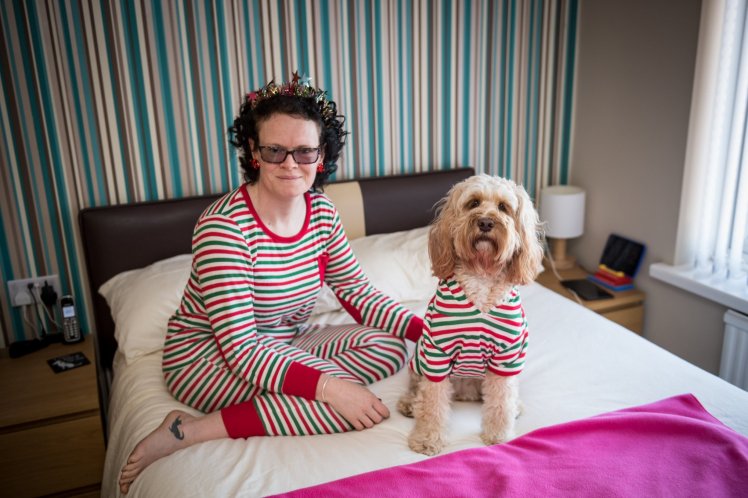 This holiday season, Mueller has already spent £1,000 on gifts for the dog, all of which outnumber the presents she has purchased for her own child.

So, what on earth could have prompted this woman to fall so far in love with an animal that she would go to extreme lengths to make sure it is happy?

Well, the couple bought Lola, the cockapoo, in 2015 for Harry, who is an only child. It’s shortly after they brought the dog home that Helena says that she became “obsessed.”

“We do everything together. I am obsessive, I don’t disturb her if she’s asleep,” Helena admitted.

“If she’s cuddled up on me on the sofa and I want something, I call Mark and make him get it. Mark says ‘aren’t your legs working?’ and I’m like ‘I’m not going to disturb Lola,'” she continues.

I’m relatively sure that there is some underlying mental illness going on here that we’re not entirely aware of, but if this woman saved the money that she spends on her dog, I’m sure she could find someone to treat her.

“I took a week off from work when Lola had her spaying operation, but when Harry has a cold I’m just like ‘off you go then,'” she says.

“My husband’s view is happy wife, happy life – he knows where he comes in the pecking order, it goes Lola, Harry, him,” she continues.

No man I know would be happy with coming in second to a dog. To a child, sure. That’s understandable. A dog, though?

“I would rather that Harry wasn’t able to spell ‘table’ when he’s 20 than have a gap in the family photo,” she said, referring to the thousands of photographs she’s taken of the two while they’re on vacation.

Oh and in case you didn’t this this dog was high-maintenance enough, she has her OWN bank account (how, I don’t know, but let’s just go with it) from which she draws £150 a month to pay for her hour-long grooming sessions.

Do you think this is indicative of the moral decline of society, that some people put their pets above their family, or is this one crazy lady who needs her head checked?