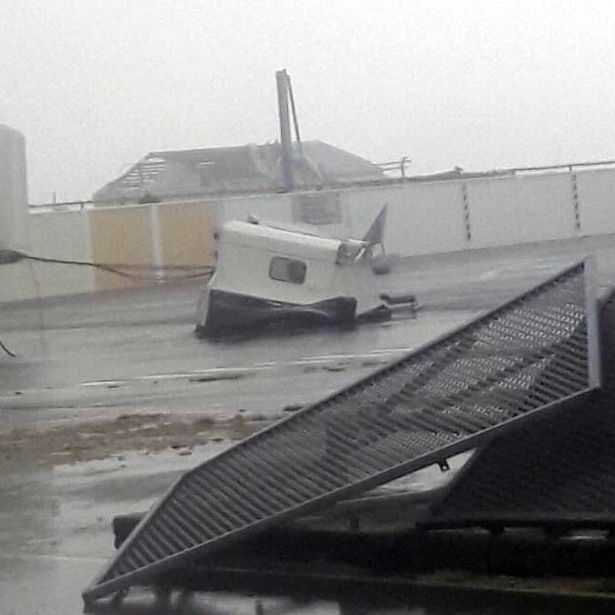 It was just on Wednesday that Irma hit the tiny island and devastated it with its 185 mph winds that knocked down fences at the airport and blew them as far as Maho beach. Irma was so intense in its fury that it had lifted up huge rocks and smashed them into the sides of the airplanes parked on the tarmac. Not only that, but the platforms used to load and offload passengers were smashed down as well.

There have been at least two reported deaths on St. Maarten so far and there are predicted to have been more. Irma has been such a monster of a storm, many are claiming that it is the storm of the century. At least for the Atlantic side.

All inside of the airport, which is located on the Dutch portion of the island, you can see that the waters from Irma completely flooded the area.

The wind even blew apart big chunks of the building and scattered them all across the runway. There was a rescue team that entered the airport after Irma had passed and was able to take photos of the total damage. 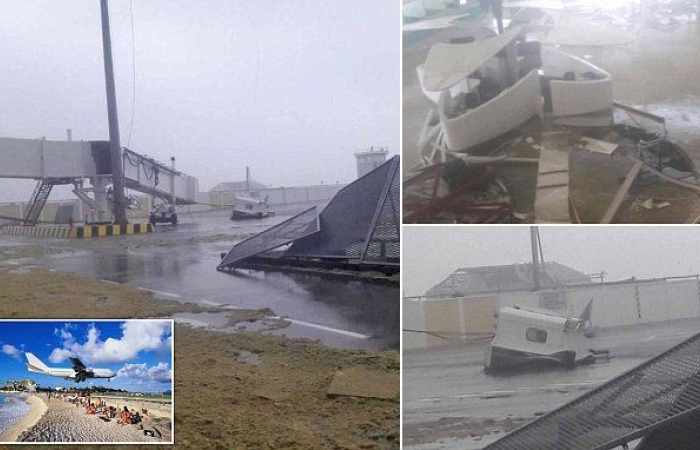 Princess Juliana Airport thought ahead of the game and announced that it would be closing in preparation for Irma’s destruction. Michel Hyman is the COO/Acting CEO of the airport and he had this to say about the company:

“We regret any inconvenience this will cause, but must stress that the safety and security of all is priority number one at SXM Airport. We will continue to closely monitor the developments of Hurricane Irma as it passes over our area and keep all our personnel, users and stakeholders informed of any further developments as these occur, via the various media outlets.”

One airline, Winair, called off any flights on Tuesday and Wednesday, but claimed that they would be re-booking customers on different flights and it would all be free. Hurricane Irma completely destroyed the island, leaving it with no electricity and many roofs from homes spread across the island.

The French Overseas Minister, Annick Giradin, was speaking to CNN about the devastation:

“The urgency is to provide aid, to treat, to evacuate if necessary, but above all to make an assessment of the situation, which we do not have today since the communications are just beginning to return.”

For now, the people are to continue hunkering down and waiting the storm out.