Would You Eat Synthetic Shrimp Grown from Algae?

The world seems to have a taste for shrimp, but these little crustaceans aren’t infinite. Because of this, scientists have come up with a new way to squish together the nutritional-equivalent of a shrimp[1] in the same vein as the “veggie burger.” 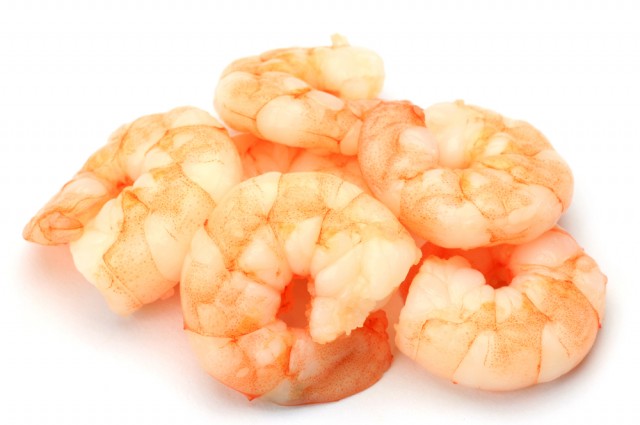 Shove over those lab-grown burgers[4]; we need to make room for the synthetic shrimp on the barbie. Yep, scientists are no longer just working on trading our beloved beef for a greener alternative, but seafood too. Rather than trying to grow a meaty feast from stem cells, though, startup New Wave Foods[5] has opted for a slightly different approach: algae. And while the team hopes to eventually create a range of faux seafood, they are focusing on shrimp for now, and for good reason.

The world has developed a real hankering for these crustaceans. Over the past few decades, global production of shrimp has more than tripled, and it’s estimated we now eat more than 6 million tons[6] of them each year. It’s popular worldwide, but it’s the favorite seafood in the U.S., with citizens peeling their way through about 2 kilograms[7] (4.1 pounds) each per year.

Needless to say, our hunger for shrimp is a big problem. We could try and reduce our consumption to tackle these issues, but trying to take meat away from man is about as easy as taking a bone from a dog. Opting for a similar approach to the veggie burger[8] that “bleeds,” New Wave Foods is going for natural sources and trying to mush them together into a meaty, flavorful formulation. Their ingredient of choice is algae, or more specifically those that shrimp typically dine on anyway. This means getting a similar nutritional value to real shrimp is fairly easy, the team reported to Motherboard[9], but as always texture is proving tricky. Apparently, they’ve also managed to nail the flavor, but they won’t spill the beans as to how they did this.

At the moment our two main sources of shrimp are farming and trawling, both of which have serious repercussions on the environment and ecosystems. You’re probably aware of the consequences of trawl fishing: catching unwanted species, or bycatch. Shrimp trawling is said to have the worst rates[10] for this out of all fishing techniques, with up to 2.7 kilograms (6 pounds[11]) of unintended species per half kilogram (one pound) of shrimp sometimes caught up in nets, which includes[12] turtles, sharks, dolphins and small whales. Not only that, but dragging the nets along the seabed also destroys it.

But by no means is farming[13] a sustainable alternative. Important habitats are sometimes cleared to make way for shrimp farms, including mangroves, the loss of which can have a huge impact on coastal areas given their role as wildlife havens and buffers from the effects of storms. In addition, huge amounts of pollution, including waste and antibiotics used for growth, can leach out and contaminate other water systems.

“Everyone knows animal products aren’t sustainable but it’s so hard to change peoples’ eating habits,” Florian Radke, a marketing specialist with New Wave Foods, told IFLScience. “It is your goal as a company to make this as easy as possible by making the product as close as possible to what people are used to eating, including the change of color of the food when it’s cooked.” That means the finished synthetic shrimp will taste and feel like the real thing, while also undergoing a grey-pink transition during cooking.

It’s still fairly early days, but the company managed to get a place in science startup incubator IndieBio, which grants projects $250,000 (£165,000). The demonstration day for all companies in this incubator is February 4, 2016, so the meat has to be ready by then, although Radke says it should be finished earlier than that. If they manage to pull off the synthetic shrimp, they want to move on to scallops, tuna and shark fin alternatives, all noble causes.

Would you eat this? Let us know in the comments!