Stories like this just rip me up inside. My family has been ravaged by cancer. Especially the women. I lost my mother, grandmother and aunt to it. I also lost an uncle to it and my sister-in-law died of brain cancer. I can’t imagine what this mother is going through. She lives in the UK. She was diagnosed with an incurable brain tumor. But it’s even worse than that… she just had to tell her little boy he has cancer as well. He asked her the heartbreaking question, “What does terminal mean?” How she told him, I can’t even fathom.

Jacqueline Rowley’s son Cameron was only 11 years-old when the family was told that he had just two weeks to live. That was when he asked his mom what ‘terminal’ meant. She had to tell Cameron that soon he would leave this world for a better one… that he was going to die. Six years before this, Jacqueline was diagnosed with her brain tumor in the right frontal lobe of her brain. She’s had five operations and a battle with meningitis. The doctors could not get all of the tumor. 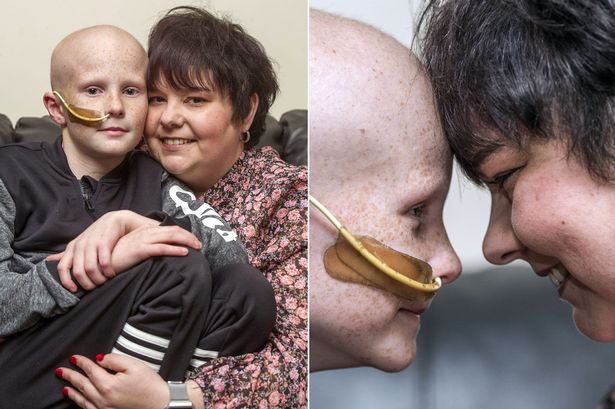 Jacqueline returned home after her diagnosis and for three brutal years underwent chemotherapy and radiotherapy. But she was with her children. When Cameron was eight, he began to tell his mother he didn’t feel well. Jacqueline, 32, from Ellesmere Port, Liverpool, said: “He started to say that he had no friends and no-one liked him. He didn’t know how to explain it. He wasn’t eating very much and would want a lot of cuddles. I put it down to anxiety and the fact that he was going to be going on holiday with his dad, who I had separated from, and I wouldn’t be there.”

When Cameron was eleven and returned from holiday, his mom knew something was wrong. She said: “It looked liked he had a baby in his belly. It was so swollen and I took him straight to the doctors and then to A&E.” A&E broke the news to her that Cameron had an aggressive form of cancer and had only two weeks to live. She stated, “I was devastated – but, in a way, relieved that we finally had a diagnosis because he had just not been himself and it was horrible to see him like that and not know what to do.” 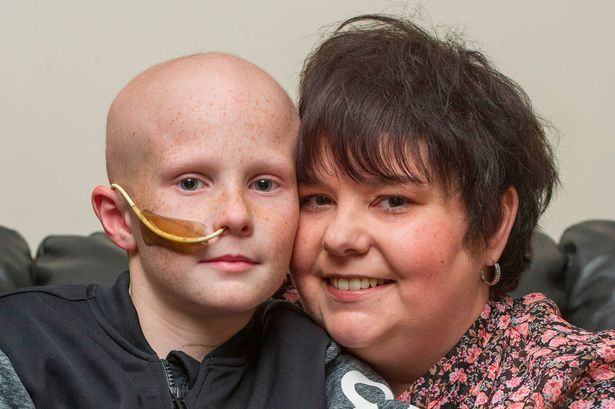 Cameron’s diagnosis was for a desmoplastic round cell tumor. It’s a rare form of cancer which affects only two to three people in every 500,000. His mom said, “Before they did anything, they had to ring specialists in America because they didn’t know how to treat him. He was operated on and was immediately put on chemotherapy – but they said there was nothing more that could be done for him. The chemotherapy was only to extend his life.”

When Cameron’s question came on what ‘terminal’ meant, she explained what she told him, “I said, when you have terminal cancer and you are an old man, you will still have terminal cancer when you die and so will mum. Those that don’t have terminal cancer won’t have it when they die.” And now, Jacqueline will watch her son die and will have to live with that grief the rest of her days. She has come to accept it, “I could sit here and cry, and some days I do get really down, but being like that doesn’t change anything. I try and have as positive outlook as I can. I don’t want my kids to see me like that.” She’s a stronger woman than I am. 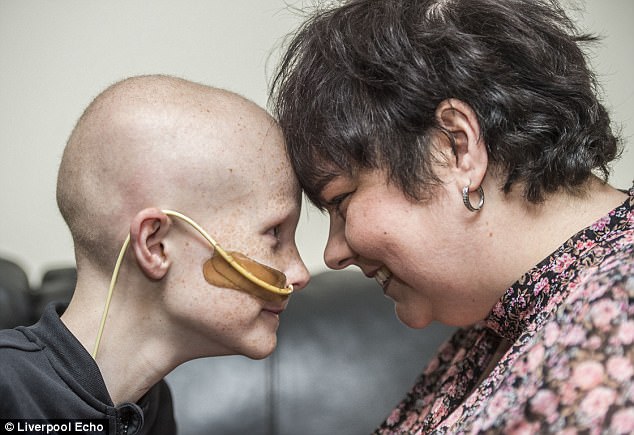 On top of all of this, Jacqueline was given the devastating news that she has a second tumor in the back of her brain. She undergoes chemotherapy by taking a tablet at home. Cameron has chemotherapy every three weeks as well… so far, he has beat his diagnosis, but it will eventually take him from this world. Jacqueline said, “One tumor just clearly wasn’t enough. Some people have different holiday homes – we just have different hospitals. I’ll be lucky if I live to 40 years old.” She has another son, Ethan, who is only eight years-old and this is taking its toll on him as well.

In his innocence, Ethan doesn’t understand why he has to go to school and sometimes Cameron doesn’t. He thinks his mom loves Cameron more than him because he gets extra hugs and sleeps with his mom. He also wants to know if he will be afflicted like Cameron.

A fund has been set up for the family in this dark hour. Prayers are always welcome at times like this. My heart breaks for them. 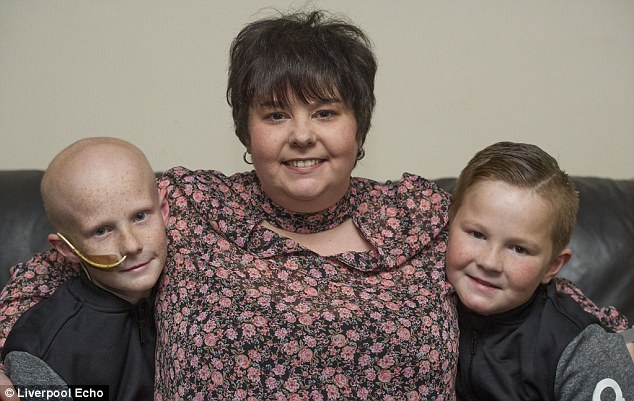 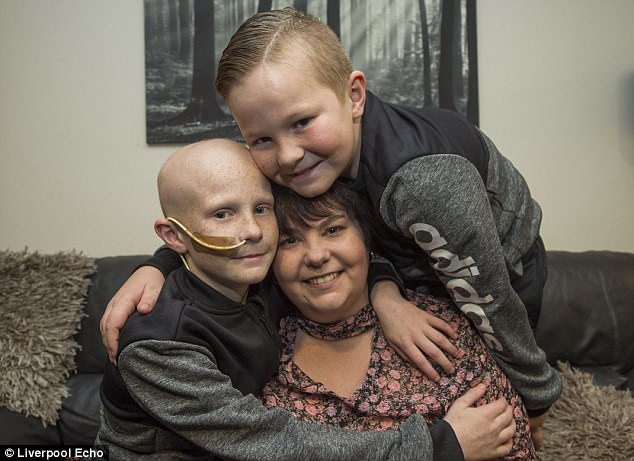