47 Years Later, Tim Conway Tells the Secret Behind Sketch That Made Co-Star Wet Himself [VIDEO]

Tim Conway made one heck of a career for himself making others laugh uncontrollably. The older fans may know him from his sketches on the Carol Burnett Show, which is the industry standard for skit-based comedy shows. Younger fans, like myself, may recognize his voice as that of “Barnacle Boy” from Spongebob Squarepants. (Moms and dads might also recognize the voice if they were forced to sit down and watch the show with their kids.)

But after 47 years, we finally got to learn the secret behind a sketch that was SO funny, it made Conway’s co-star wet himself. 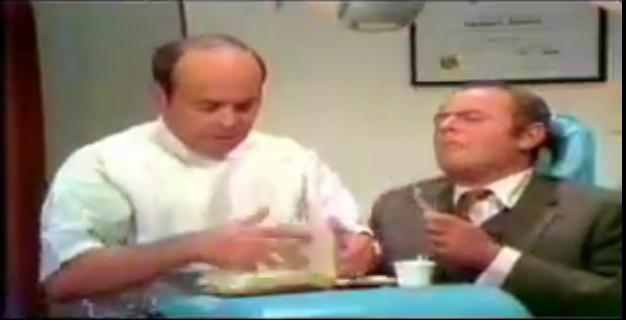 Conway spoke to Conan O’Brian and Andy Richter about the famous sketch that almost didn’t make it to television, but went on to be one of the classic skits that raked in millions of views.

During the skit, which was based on a dentist that Conway knew from the service who had accidentally numbed his own thumb, co-star Harvey Korman actually did wet himself. Embarrassing for sure, but Conway was actually proud of himself. (He owned a laundromat at the time and made money off of washing his friend’s clothes.)

Watch the sketch below:

You can see at several points during the video that Korman was trying his hardest not to burst out into laughter, despite his friend’s hilarious performance.

This was back when humor didn’t have to include crude references or gestures to be funny. This was good, clean fun for the entire family and it’s no wonder the show ran for 11 seasons and won 25 Emmys during its time on air.

We definitely need to bring back this kind of comedy. In a world where it seems vulgarity is used regularly for its shock value, clean humor appears to have taken a back seat. It seems that families can no longer sit down and watch shows together because of how much adult content has been shoved into our regular programming. Even kid’s shows can address more mature themes at times.

Oh, and leave politics out of it! That’s right, I’m looking at you, Saturday Night Live. Political bias turns so many people off and while you CAN make politics funny if you fairly address issues, it’s just easier to not go there. There are so many hilarious topics in the world, why focus on one that could bring down your ratings? We just want to laugh, we don’t want to be mocked.