This Is The Funniest Thing You Will See Today [VIDEO]

Way, way, way too funny! This is the best laugh I’ve had all week!! I have watched this I don’t know how many times now and I am just rolling on the floor laughing over it. The first video is from 2008, entitled: ‘How is babby formed?’ That one is seriously funny, but the second one is to die for. The title of the second one is: “How is prangent formed?” These are Internet questions that people ask, horrific spellings and all. Grammar Nazis, don’t even bother.

Yes, they do walk among us as one commenter put it. The guy’s voice doing this is just priceless. The fake Spanish accent was hysterical. The Internet is forever and these Yahoo! Answers are cringe worthy. Evidently idiocy is a widespread disease out there. That and dysfunctional spelling. Just sayin’. 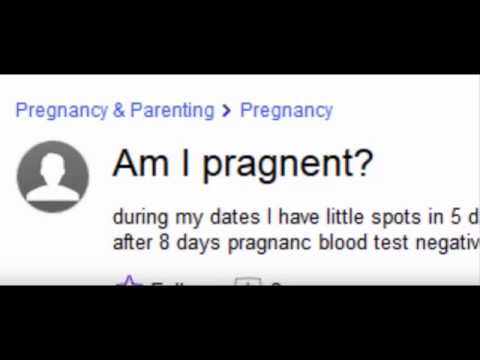 The classic meme “how is babby formed” blew up nearly a decade ago. Now, the meme’s back with a similar video: how is “prangent” formed. We’ve covered misspellings before[3] (when Nick Young was going to get a tattoo), but never on this massive of a scale.

How is Babby Formed is one of the internet’s oldest memes. According to Know Your Meme,[4] it came about in November of 2006 after a particularly bad Yahoo! Answers question was excerpted for a post on Something Awful.[5] Both the question itself and the number one answer were both horribly misspelled. Animator Shmorky turned it into this Flash animation, featuring the question and answer acted out by cavemen:

I mean, when the internet boils down, isn’t it all misspelled questions? When you think about it? Again, just me? Cool. Thanks for the support guys.

YouTube goofball J.T. Sexkik[6] spent some time combing through Yahoo! Answers for even more pregnancy-related misspellings. And the result is downright hysterical.

Here’s one of today’s top trending videos, “how is prangent formed”. Enjoy!:

What do you think? How is babby formed? What about gregnant? Millions are dying to know. Heh. I can understand a typo or two and the occasional mistake… but this takes it to a whole different level. I needed a good laugh today and OMG this is funny!! Still wiping the tears from my eyes. Let us know what you think in the comments.