This is just awesomely cute![1] This 18 month-old toddler just loves to play at being scared with his grandpa. This was on America’s Funniest Home Videos and I can see why. Jett comes barreling down the hall when called and then grandpa lets out a monster roar. Jett’s facial expression is priceless as he turns and runs back up the hall. What fun. 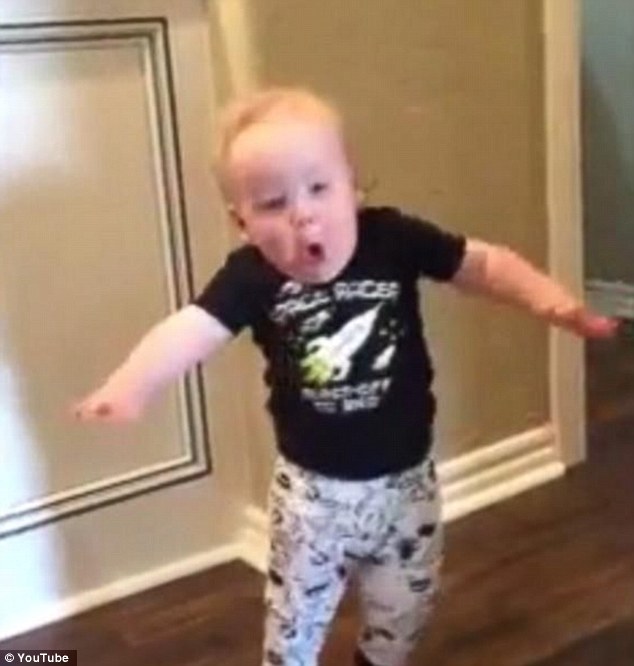 An 18-month-old boy is caught on camera reacting hilariously to his grandpa’s scary roar.

Little Jett is seen running down a hallway after his Aunt Harli White called his name before he is frightened by his grandpa’s roar, and tries to run out of the room as fast as he came in.

His aunt, who captured the funny moment on video, told ABC[3] that the toddler, who lives in Oklahoma, loves a good fright and that he and his grandpa often try to scare each other.

In the video, White calls his name and Jett comes barreling down the hallway.

Just as he makes his way into the room, the boy is startled and overwhelmed by his grandpa’s loud roar, making a frightened face, and turns around running in the other direction.

‘He just laughs and laughs,’ White said of when Jett is spooked by his grandpa. ‘Then he tries to scare grandpa too.’

White shared the video[4] of Jett’s hilarious reaction with America’s Funniest Home Videos where it was recently featured, and it has since been viewed more than 765,000 times on YouTube.

My husband does something similar with our granddaughters. They call him ‘grampasaurus.’ They laugh and laugh just like this little boy does. There’s nothing quite like playing with wee grandchildren. They are a hoot. Everything is so plain on their little faces… so honest. When they are startled or delighted, you know it without a doubt. They love to play games and a sense of humor is never, ever an issue. I just love children – they are the best and funnest part of us. 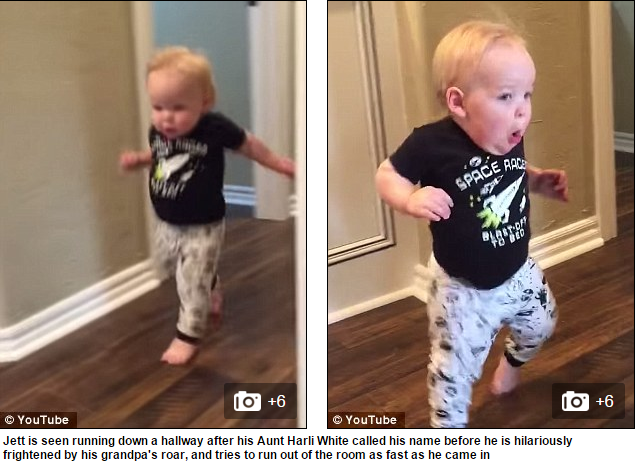 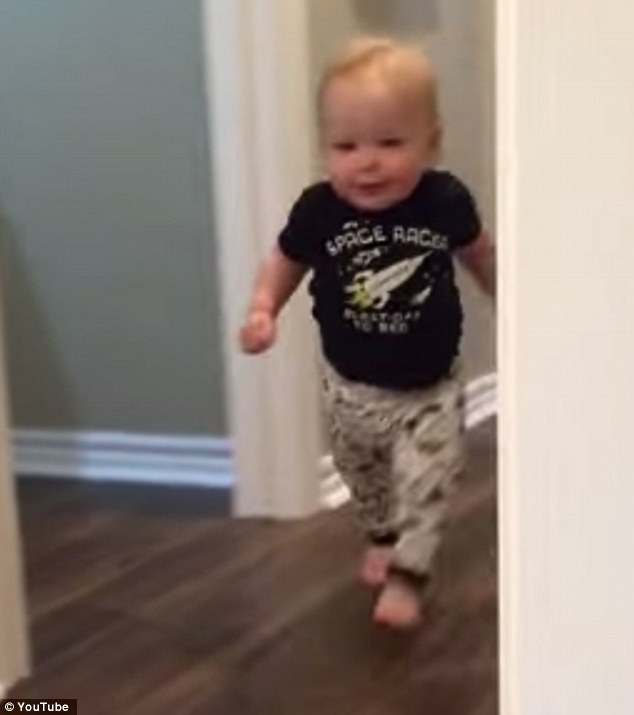 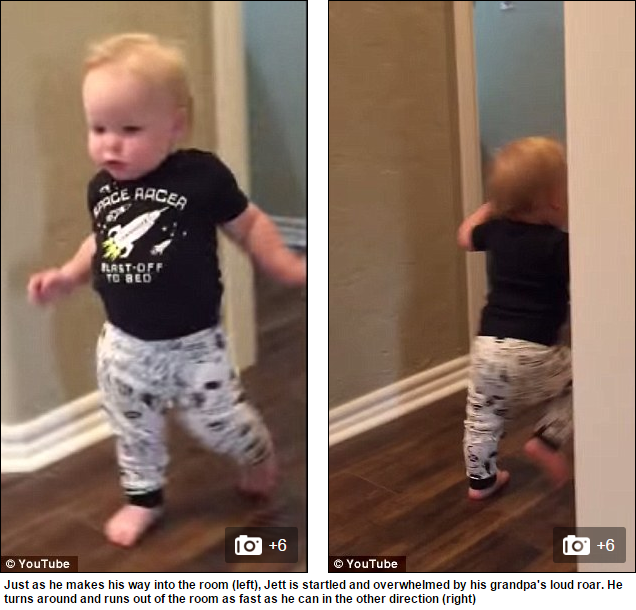