Watch out, because Steven Crowder just broke the internet[1]. 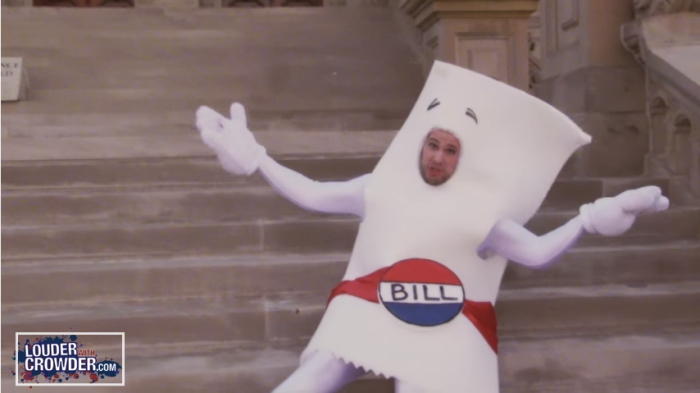 Crowder went to North Carolina, sat down at the state capitol steps with a costume getup to look like the cartoon bill from the famous Schoolhouse Rock clip and did a parody of that famous educational classic making fun of the insane controversy over the recently-passed legislation in that state laying down the somehow-controversial idea that you should use bathrooms and showers meant for the sex you were born with.