The Top Ten Reasons Paul Ryan is So Despicable! 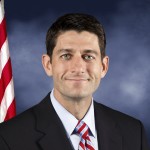 [1]Much has been said in the media about how Paul Ryan is an “extremist”, how he plans to “destroy” the lives of everyday people, especially the elderly.:  A lot has being written about how his fiscal positions make him hostile to middle class Americans.:  After extensive, intensive, investigative research there is now a Top Ten List to explain Ryan’s “unlike-ability.”

1. His economic plan will benefit the private sector economy by reducing big government spending and eliminating unnecessary regulations. If only he would slow job growth, cripple the economy and inflict further damage on the private sector by hiking taxes and continuing trillion dollars a year deficit spending.:  Finally there would be a plan with which “progressives” could “compromise”.

2. He has a plan to reform and save Medicare. He will secure the future of Medicare with volunteer vouchers for future retirees, thus preserving the Medicare guarantee for current seniors by preventing the bankruptcy of the Medicare system. If only he would put the entire Medicare system at risk by sticking his head in the sand and pretending that maintaining the insolvent status quo is perfectly fine. Then maybe the White House, the DNC and the mainstream media would celebrate him as a hero of the common man.

3. The Ryan jobs plan will invite investments by lowering of the highest corporate tax rates in the world. : His plan to cut those tax rates will stimulate the creation of middle class jobs, enhance and preserve private wealth and reduce deficits by increasing revenues to the IRS. : If only he would raise taxes on rich.:  Then America would be more like Europe, causing insulated “progressive” “elites” in academia and the media to rejoice.:  Heck, maybe even Sean Penn would join him on the campaign trail.

4. He’s a pro-life candidate who believes that “in every life there is goodness; for every person, there is hope.” : If Ryan would just come to his senses and support government funding the systematic slaughter of millions of innocent, unborn babies the largely post-menopausal National Organization of Women would celebrate his “choice”. 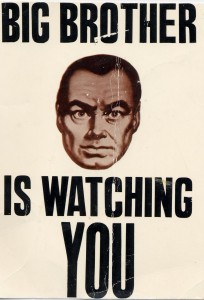 [2]5. He will reform Social Security and put it on firmer fiscal ground by ending the current bankrupt Ponzi scheme system and providing future generations the option of controlling their own retirement money.:  If only he would agree to big government bureaucrats and me-first career politicians remaining in charge of the money, then they could continue to spend it wildly and stuff more IOUs into the Social Security “lock-box”.:  After all, the money really belongs to the big government sophisticates.:  Americans are lucky they deem to allow taxpayers to keep any of it.:  You did not earn it, they did.

6. He will reduce Pell Grants that have been greatly expanded under the current administration. : His proposal calls for reducing Pell Grant spending to pre-stimulus levels.:  His plan will help curb tuition inflation and ensure the aid reaches the truly needy.:  If he was only willing to continue the government’s sole proprietorship over college loans, then college students would remain beholding to Big Brother and the Nanny State.

7. His budget retains $40 billion in tax deductions for energy producers, thereby ensuring that they remain capable of researching, developing and delivering affordable energy to all Americans. : If only he would continue using taxpayer dollars to investment in impractical, inefficient “alternative” fuels and “green” energy technologies. : Then the government could continue to redistribute billions to the pockets of big “progressive” campaign bundlers and America could continue to burn corn in internal combustion engines instead of feeding its people.

8. He supports the private sector economy. Not surprisingly, the Koch brothers support Ryan with political contributions. : Too bad he refuses to side with “progressives” in pushing for the growth of big government, the destruction of free enterprise and the elimination 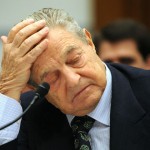 [3]of national sovereignty.:  Then he could reap huge financial rewards from ner do well George Soros and his ill-gotten billions.:  Even if Ryan lost his government job, Uncle George would be sure to find a place in one of the hundreds of anti-American foundations he supports for someone dedicated to the “progressive” overthrow of America.:  Just ask Van Jones.

9. He supports traditional marriage. If Ryan would just support adoption by gay couples, same-sex marriage, and repealing “don’t ask, don’t tell.” : Then his positions would align with the demands of a tiny fringe minority.:  Movie and television scripts would be written singing his praises.:  Perhaps even Alec Baldwin would play the starring role.

10. He believes in private property rights and that entrepreneurs built their own businesses. : Ryan ascribes to Ayn Rand’s philosophy of individual success. : If only he would get on board with collectivist thought and support “from each according to his ability, to each according to his need”.:  Then his election campaign would garner huge support from “progressive” activists and Communists backed labor unions.:  Perhaps they would resurrect ACORN to ensure enough dead people, family pets or felons voted to clinch his election.:  Then he and Al Franken could have a laugh swapping stories about the naÃ¯veté of the voting proletariat.

Paul Ryan’s background, experience and trustworthiness demonstrate that he is a proven leader and a fine citizen who is ideally qualified to become Vice President of the United States.:  America knows where he was born, that he will support small businesses and private enterprise, understands the threat posed to America’s unreformed “entitlement” programs, and will not redistribute taxpayer’s money to fringe radical self-separating hyphenated identity victim groups.

America will not like taking some of the steps necessary to recover from a mountain of debt, but someone with Ryan’s extensive knowledge of the issues, experience in how Congress works and exceptional, American bred humility knows how to accomplish the task.