VIDEO: April the Giraffe finally has baby, then does hilarious thing to vet who walks by

MOAG… the Mother of All Giraffes.[1] Everyone has been following April the giraffe who gave birth yesterday. She had a beautiful little boy giraffe, who is just adorable. She’s very protective of her bouncing baby boy, so when the vet came in, she was very leery of him. But he had nommy snacks for her, so she ate. As he sidled around April, she decided she’d had enough and promptly kicked him in his junk. See video below. I am still laughing. She kicked him not once, but twice. Ouch… that’s going to impact his personal life.

April became an Internet celebrity as millions happily awaited her bundle of joy. It’s uplifting and happy… something we all need right now. But the bonus of humor is always good… maybe not for this vet, but I’m sorry… that’s funny. Momma was cool with food treats, but suspiciously walking around her with a new baby is a no-no. I love giraffes, but I’m not sure I’d get in a pen with one. Just sayin’. 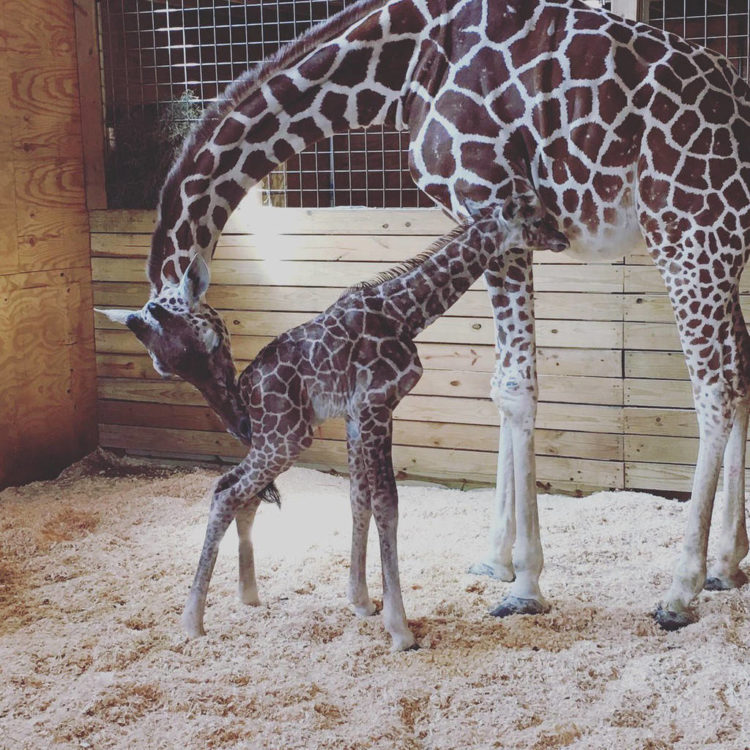 April the giraffe has kicked a vet in the balls to protect her new baby.

The new mum, aged 15, became a celebrity after her pregnancy was livestreamed to millions on ‘giraffe cam’.

People watched in anticipation as she ate food, napped and mooched around, hoping they would tune in for the moment she gave birth.

Now even more people are watching to see the cute baby – but they got an added extra when a vet came in to check on them.

Clearly protective of her young, April was not impressed.

She did what any mother would do when faced with a potential threat, and nutted him.

Cameras at the Animal Adventure Park caught the whole thing.

The vet is not believed to be injured as he could be seen backing away cautiously, offering a snack as a peace offering.

You do not mess with momma April. Just don’t do it. It’s fun to watch her feed and nuzzle her baby though. It’s a whole new realm of cuteness. But I bet that vet doesn’t do that again for a while. Man… hope he had an ice pack handy. Heck of a way to get famous, getting slammed in the giblets like that. Now you know how giraffe’s defend themselves.

I don’t think the vet was seriously injured, except for his pride. Maybe she missed by a little bit. It was instinct to protect her baby and that is exactly what she did. Still laughing. 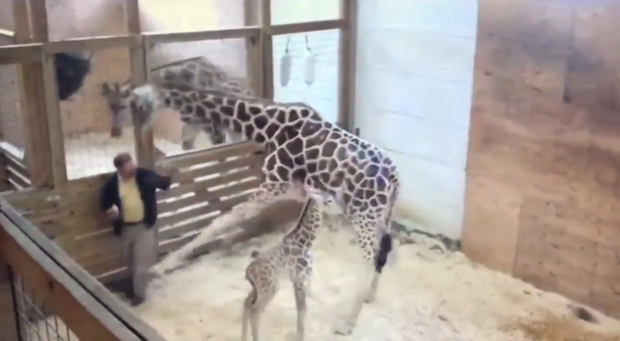