It’s Monday and you need a brain break, I get it. Lucky for you, we have the most adorably grumpy[1] distraction you’ll see all day. Share with your friends and help them out with the Monday blahs! 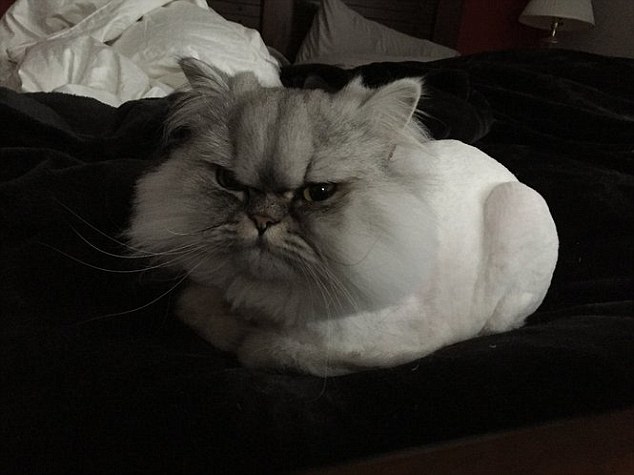 This furious Persian has become an internet sensation after pictures of him with this cone over his head went viral.

The cat, called Albert, had to have the cone put on his head to stop him scratching at his stitches following an operation.

It has now been viewed nearly 2million times after owner Jean Baker posted the picture on sharing site Imgur.

Jean, from Portland, Oregan, posted the picture with the caption ‘Albert is not having the best day’, which anyone can tell from the grumpy look on his face.

The portrait of Albert is reminiscent of the pictures of Grumpy Cat, the animal with more than 1million followers on Instagram that has won numerous endorsements because of his expression.

Albert, a fluffy grey Persian, could yet prove to be a rival because judging from other pictures when he doesn’t have the cone on his head, his expression doesn’t change much.

In the photo that has won him celebrity, he still has the long hair on his face that his breed is known for, which is stuffed into what his owner calls ‘the cone of shame’.

However, his body seems to have been shaved for the operation which he had previously. 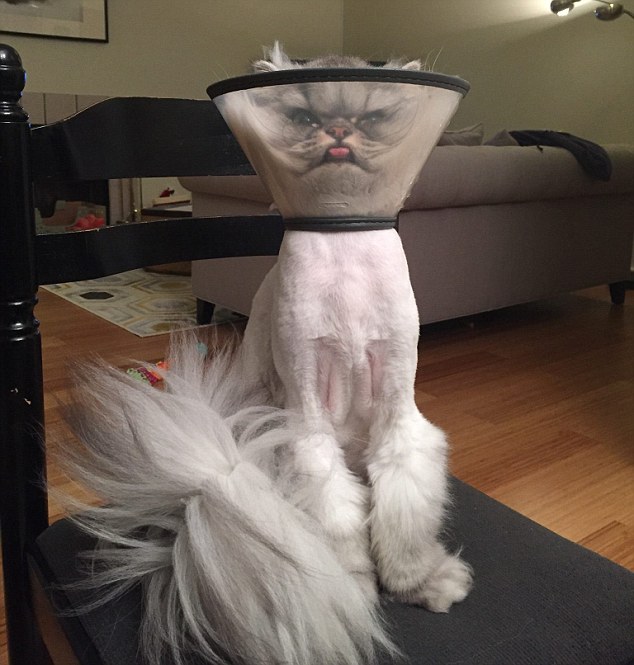 Grumpy Cat may be the original crabby feline, but “Angry Albert” is giving him a run for his money!