Well, I hope Maricopa County in Arizona is proud of themselves…[1] electing a liberal sheriff to replace Joe Arpaio is sheer insanity. Now, instead of arresting illegal aliens, he treats them like ‘guests’. He’s now releasing 400 criminal illegal aliens every ten days in direct defiance of federal law. Hopefully, that will get funding cut off to that county per President Trump. And I hope ICE just steps in and takes charge. This is an outrage. Many of these illegal aliens being released are violent offenders. This sheriff no doubt has blood on his hands already and doesn’t seem to care in the least.

This is Sheriff Paul Penzone’s move to protect illegal aliens at all costs from being deported. Officials in Phoenix say there is no telling just how many violent felons Penzone has put back out on the streets. The daily average is 40 and on the weekends, it’s about ten per day. How could the same city that kept Joe Arpaio in office so long, do an about-face like this? It’s suicidal and the crime rate must be skyrocketing in Phoenix. I have family there and fear for their safety. 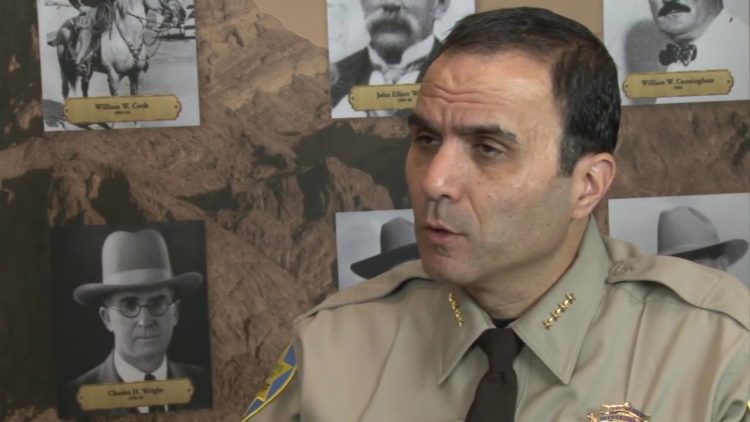 An average of 400 “criminal illegal immigrants” are being released every 10 days by the newly elected sheriff in Arizona’s most populous county, federal law enforcement sources tell Judicial Watch, many of them violent offenders. It’s part of Maricopa County Sheriff Paul Penzone’s new policy to protect illegal aliens, even those who have committed serious state crimes, from deportation. Under a longtime partnership between the county and the feds, the Phoenix field office of Immigration and Customs Enforcement (ICE) was notified when “aliens unlawfully present with additional Arizona charges” were released from the Maricopa County Jail, which is one of the nation’s largest with a population of about 8,000. That ended when Penzone, who refers to illegal immigrants as “guests,” took office this year and, though he formally announced the change last week, it was put into practice much earlier.

During a recent 10-day period, more than 400 criminal illegal immigrants were released from the Maricopa County Jail, according to federal law enforcement officials directly involved in the process in Phoenix. Weekdays are the busiest, with an average of about 40 criminal illegal aliens getting released from Maricopa County Jail facilities, the sources said. On weekends the number drops to about ten each day. The illegal aliens have state criminal charges ranging from misdemeanors to felonies, driving under the influence and drug offenses. “There’s no telling how many criminals he’s (Sheriff Penzone) putting on the streets,” said a high-ranking federal law enforcement official stationed in Arizona. Judicial Watch’s calls to the Maricopa County Sheriff’s Office were not returned.

Prior to Penzone coming into office, ICE sent a wagon every twelve hours to pick up criminal illegal aliens scheduled to be released from the main jail in Maricopa County. Now, Maricopa County officials are not giving ICE “any notification at all of the release of criminal illegals,” according to an agency official in Phoenix who’s not authorized to talk and can’t be identified. In order for ICE to do their job now, they would have to manually wait at the door of the jail 24 hours a day and guess at which prisoners need to be deported as they come out. “We can’t stand out there and question everyone that walks out of that jail,” said a federal agent directly involved in the matter. “Even if we did, we would have to make arrests on the street, in the middle of protesters, families and picketers and that will only heighten the danger to agents.”

Penzone announced his outrageous policy at a press conference last week. ICE was quick to issue a statement calling it an “immediate, dangerous change.” The agency’s Phoenix director for enforcement and removal operations, Enrique Lucero, was quoted in local media saying: “Immigration detainers have been a successful enforcement tool to prevent the release of dangerous criminals to our streets and mitigate the possibility of future crimes being committed against the residents of our communities.” Concerning Penzone’s policies: “This is as bad as it gets,” said one federal officer.

We have seen across the nation that letting these thugs go is getting people killed… including police officers. Penzone should be removed from office immediately so ICE can do their job and the rule of law can be enforced as it should be. 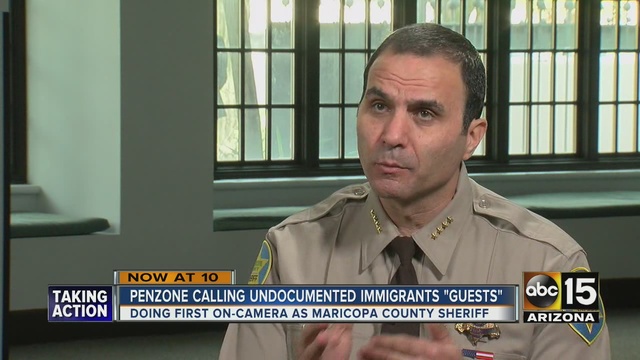