The Healthcare reform legislation unveiled by GOP Leaders on Monday night would, at best, leave untouched a confirmation system that allowed up to 500,000 illegal aliens to access taxpayer-funded benefits over the years of the Obama administration. According to a 2016 Senate report, the government supplied $750 million of Obamacare subsidies[1] to individuals whose immigration status didn’t quite match up to legal status. The GOP plan would leave in place that very same verification process, or worse, destroy the verification process altogether. 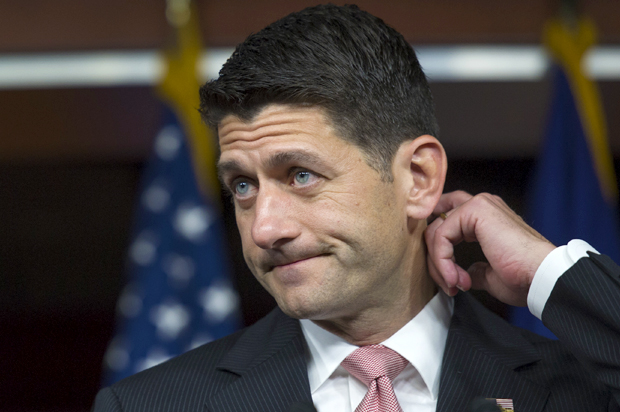 According to the 2016 Senate report, the Obamacare model gave benefit of the doubt to illegal aliens when they applied for subsidies, but if the alien was unsuccessful in filing the needed paperwork, the IRS was expected to acquire the funds. A lack of cooperation between Health and Human Services and the IRS, however, forestalled the money from being recovered.

But according to many Hill contacts, GOP Republicans may not even be able to get through the unsuccessful verification process, which would leave their total plan open to illegal aliens. Under the plan, subsidies for health insurance would not be given, but individuals could obtain tax credits for buying healthcare on the government exchanges.

This whole ‘RyanCare’ plan is a big, fat, kick in the groin to all the voters who gave the GOP a billionth chance! They have done nothing but caved to the Democrats and when they had all the power to make a difference – to do what they were voted in to do, they regurgitate the worst bill SINCE Obamacare. It’s Obamacare LIGHT!

Why? Why do they screw us over every time? The right was excited for Trump to come into office. They were excited that they had control of the Senate and the House…Yet, I knew nothing good would come from them. They’re still the same feckless, cowards that were there before.

We should learn our lesson, but we never do.