Spain is in big trouble currently.[1] Islamic refugees from Morocco and other ports of call are trying to overrun their borders. What they should do is station troops on the shores and borders and shoot anyone who comes over that way, but they won’t.

Families were sunbathing on a pristine beautiful beach in Spain this week when a boatload of refugees washed up on the beach. The men in the boat jumped off and ran long before the police could get there. People were shocked and asking what was going on as the men took off. Uniformly, these men are young and there are no women or children. It is an invading force. Spain welcomes the Hijrah migration.

The migrants are believed to have crossed the Strait of Gibraltar coming from Northern Africa. They landed in Cadiz in the south of Spain. A warning has gone out that Spain will overtake Greece this year for the number of refugees flooding their borders. By sea, they use boats and jet-skis. By land, they force themselves across borders on foot or by truck. At least 8,200 migrants have arrived in Spain this year alone. It’s more than triple the number that arrived in Spain this time last year and I doubt they have counted them all. There’s no way they could. 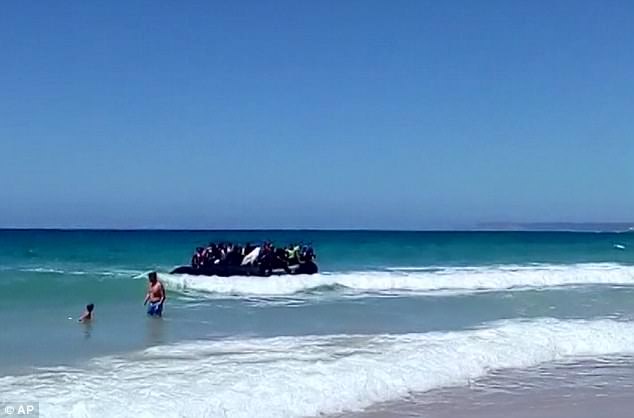 A boat carrying dozens of African migrants landed on a Spanish beach in front of shocked holidaymakers.

Footage shows the migrants leaping out of a black inflatable dinghy and dashing across the sand on beaches at Cadiz in southern Spain, after crossing the Strait of Gibraltar.

The group managed to leave from the beach before the authorities arrived some time after.

The incident took place on Wednesday afternoon, with footage showing the boat coming up behind a man and a child taking a dip in the sea.

As the boat pulls into shallow water, those on board leap out and run up the beach.

One onlooker asks in an astonished voice, ‘What’s going on?’

Carlos Sanz, who shot the video while on vacation in Cadiz, said the group quickly vanished and police only arrived some time later.

The incident comes as the International Organization for Migration warned on Thursday that Spain could overtake Greece this year in the number of migrants arriving by sea, using boats and even jet-skis.

I’ve heard for weeks that Spain was about to be overrun and it’s happening. Violence is skyrocketing in the country now, just as it has everywhere else this is happening. But if you think it’s bad in Spain, it pales in comparison to Italy. More than 96,400 have landed so far this year in Italy – Spain is catching up with Greece where 11,713 have arrived by sea in the same time frame.

I have warned for a couple of years now on the Hijrah migration from Libya and other countries. These are not refugees in the truest sense… they are an invading force to take back Muslim lands. The smaller craft that are coming to Spain allow less detection and I would bet a lot of the boats arrive at night. In recent days, refugees have also been storming Spain’s borders. Instead of kicking these invaders out, Spain unbelievably is giving many asylum. They might want to take a long look at Germany. One country after another in Europe is falling to this scourge. 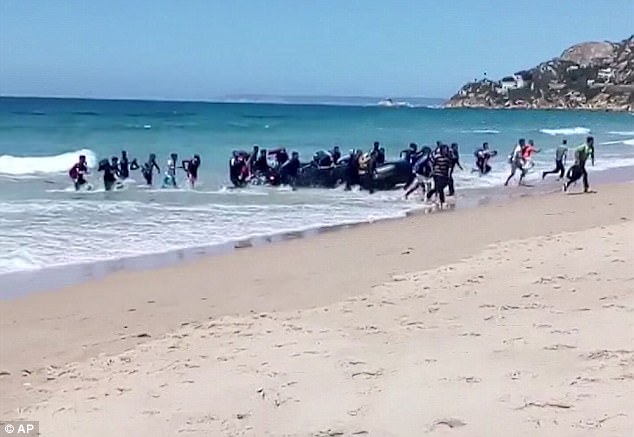 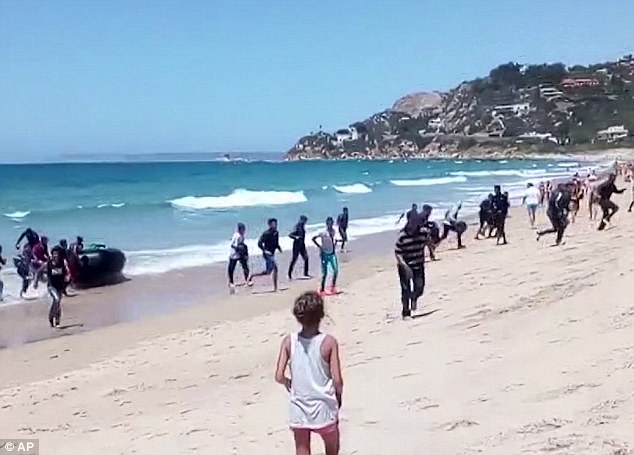 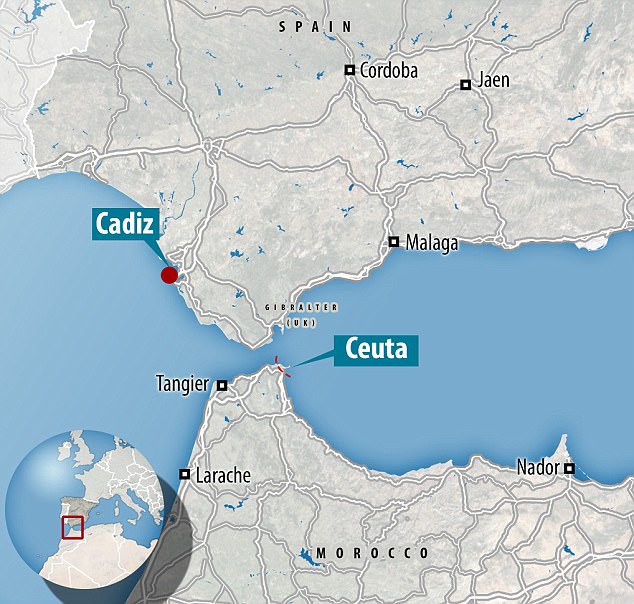 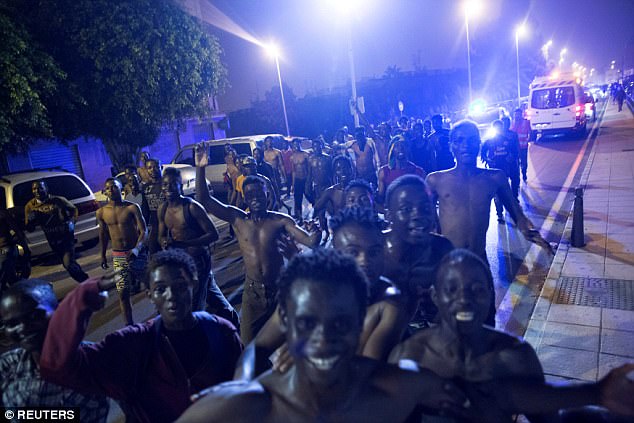 More than 180 migrants also stormed the border on Monday. Over 700 were repelled. 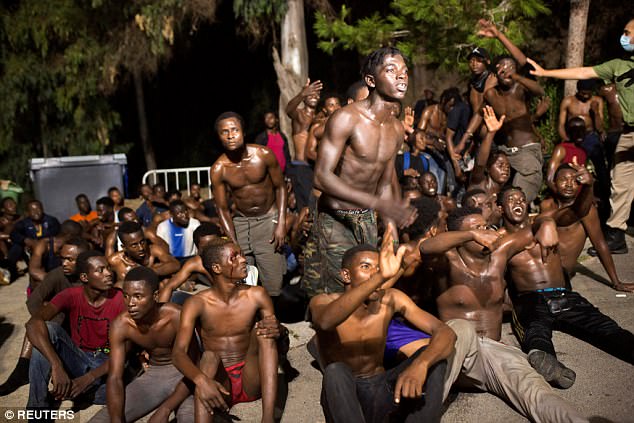 Footage showed migrants from Africa sprinting over the border from the Moroccan side while it was still dark on Monday.