Just when you thought that things couldn’t get anymore SJW-level cringey in the United States, activist actors have to prove you wrong.

Now that the idea of deportation is in the news thanks to Trump’s DACA decision, liberals, progressives and bleeding-heart activists are coming out of the woodwork to attempt to “humanize” illegal aliens and DACA recipients. To this end, Gina Rodriguez is developing two new shows that feature undocumented families as a way to normalize breaking the law and hiding from justice. Because that’s what our children need, role models who completely disregard order because “muh feelz.” 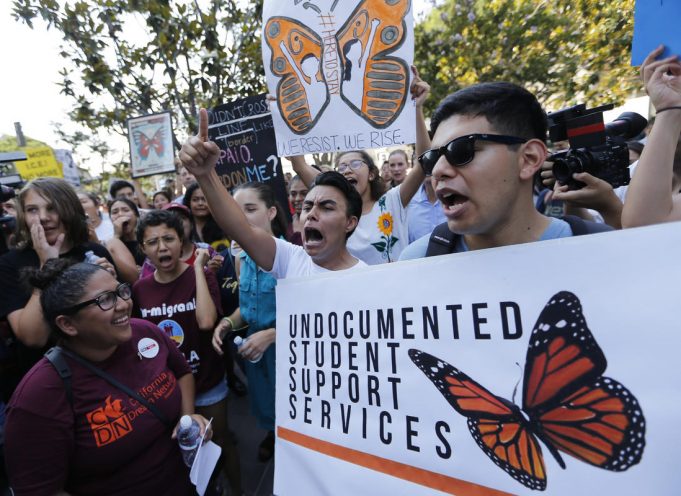 The shows, entitled Have Mercy and Illegal (not exactly subtle), focus on illegal aliens who are struggling to achieve their full potential in the United States.

Have Mercy will air on CBS and stars a Latina doctor who cannot practice medicine after immigrating to Miami. After being denied the RIGHT to pursue her life’s passion, the aforementioned doctor gets to work in a shabby, makeshift clinic as a way to give back to her community. How heartwarming.

Illegal, in contrast, stars a teenage boy who is struggling to come to terms with his family’s status as illegal immigrants while also staying in school, making good grades and dealing with puberty and all of the wonderful things that accompany being a teenager.

Rodriguez, who is known for her role on Jane The Virgin, also issued a series of profanity-laced tweets about DACA and President Trump. Because class is overrated.

We protect DACA because they are human. Because those recipients are HUMAN beings not toys for you to fuck with Donald! #DefendDaca[2] https://t.co/q3UCIYi6rc[3]

I am staying hopeful that Congress with act decisively in protecting DACA recipients. PROTECT OUR YOUTH #DefendDaca[2]

Listen kid, I realize you think you’re doing the right thing because muh feelings and all that, but you’re making yourself into a joke. You had a star role that rocketed you into the spotlight and people loved you. Now you’re going to go the same way as every other Hollywood star-turned activist. Look at Rosie O’Donnell, Susan Sarandon, Shia LeBouf, etc. Is that really what you want your future to look like? You want to be an angry old lady surrounded by other angry old ladies, screeching about things you don’t even fully understand because you want people to remember who you were back in your day?

It’s easy to wail about things that make you feel good, but it’s harder to do the right thing. Not only is it difficult because it may not be the simplest or fastest thing, but you’ll always have people in your way trying to get you to take the simple, easy route despite doing what you know is right.

Unfortunately, this will fall on deaf ears, but at least I can say I tried.