The federal government should be patrolling and protecting our border. But since they won’t do it, armed citizens have formed militias to do it themselves. 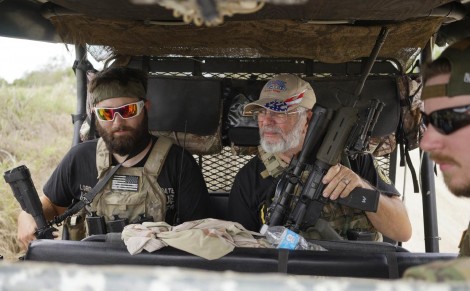 Militia groups have popped up all along the southern border, armed and ready to defend their country from invaders, many of whom have serious criminal pasts or are part of dangerous gangs.

A group of armed citizens known as the “Patriots” have been patrolling the banks of the Rio Grande, attempting to turn away any illegals thinking of crossing over.

According to Yahoo News, one of the group’s members estimates that there are currently 22 units spanning from Texas to California setting up their own patrols to do what the federal government refuses to do, which is keep the American border secured.

The groups have been setting up camp on private property and the funds for their mission often come from their own pockets or from donations given by individuals who support the Patriots work.

It is definitely great to see Americans stepping up to defend the country from invaders. However, it is also a reminder of not only the constant failure of our own government, but also their complicity in this ongoing border crisis.