Liberals will be sobbing poor, pitiful progressive tears into their Cheerios today. And it’s all because North Carolina Governor Pat McCrory just signed into law a bill that equals some very bad news for illegal aliens. 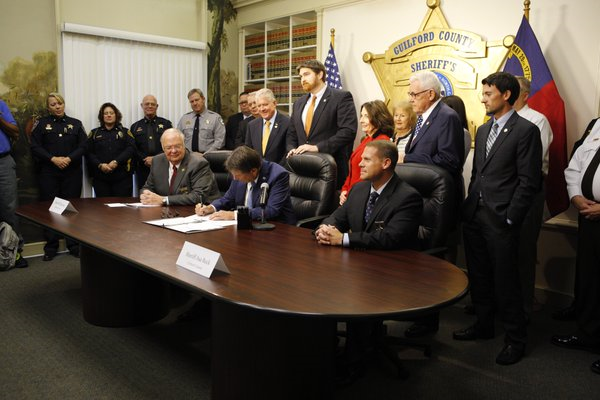 The Governor of North Carolina today signed one of the toughest law in the nation to crack down on illegal aliens in the state, stunning advocates for illegals and Democrat officials.

The main provisions of H318 include:

Illegal immigrants and their liberal defenders are already doing lots of hand-wringing about this bill, complaining that it’s a sign of “hate” and promising that now, mothers won’t be able to pick up their kids from school and other such nonsense. But they seem to forget that illegal aliens have no right to be here; that they’re criminals who broke our laws and for some reason, think we should just smile, say thank you, and hand them wads of cash for being criminals. Sorry, people — in North Carolina, at least, that’s not going to happen.