California continues to be a cesspool of neverending moonbattery. The latest example? Huntington Park has decided to allow two illegal immigrants to be city commissioners. 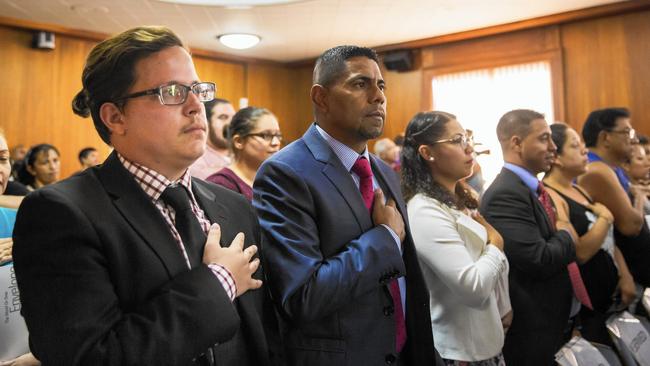 City Councilman Jhonny Pineda has picked Francisco Medina to join the health and education commission and Julian Zatarain for the parks and recreation commission.

The 32-year-old lawmaker told CBSLA online producer Deborah Meron that he promised voters while running for office that he would create more opportunities for undocumented residents.

“Huntington Park is a city of opportunity and a city of hope for all individuals regardless of socioeconomic status, race, creed, or in this case, citizenship,” the councilman said in a statement. “Both these gentlemen have accomplished a great deal for the city. For that, on behalf of the city council, mayor, and our city, I want to say thank you to them both and I am confident they will do an excellent job on their commission posts.”

The announcement was met with uproar at a city council meeting held in Huntington Park on Monday night.

“You only want to appoint these specific individuals, only two, because they’re your personal friends that worked on your campaign,” one resident stated to Pineda at the meeting. “Shame on you.”
Community activist Sandra Orozco also spoke out against the appointments, stating that they send the wrong message to the community and to the country.

“We’re sending the wrong message to other cities that you can be illegal, and you can come and work for a city,” Orozco said.

Mayor Karina Macias, meanwhile, was vocal in her support of the appointments on Monday, arguing that those who live here deserve a voice, whether they are legal or not.

Pineda says he cleared the appointments with the city attorney, who confirmed there’s nothing that requires a commissioner to be a registered voter, a documented citizen or even a resident, which technically means someone here without legal residency can serve.

“We need to make sure that we bring everyone together to the table here in Huntington Park so that we can make sure we’re sharing the same vision,” Pineda said.

Medina and Zatarain would not be paid for the volunteer positions and would not have a direct hand in constructing policy but would help advise the council on legislation. Other commissioners receive a $75 monthly stipend on months when they hold meetings.

So someone can be a criminal, with absolutely no right to be in this country whatsoever, and serve as a city commissioner? The idea is so ludicrous, that of course it could only happen in California. No wonder the state is circling the drain.