Dept. Of Homeland Security Announces They Will Track Illegals Through Social Media [VIDEO]

The Department of Homeland Security is taking the search for illegal immigrants to the Internet and social media. They will soon start collecting social media data and search result information on immigrants. The story was originally broken by Buzzfeed and the rule was published on September 18th. The new rule allows DHS to collect immigrants’ “social media handles, aliases, associated identifiable information, and search results.” Before you start screaming about constitutional rights, remember, these are not US citizens that hold those rights. They are here illegally and are subject to police enforcement.

There is however a gray area where the policy also applies to green card holders, naturalized citizens, legal guardians of immigrants who have disabilities and those involved in DHS national security or immigration-related investigations. Buzzfeed also pointed out that collecting that information could also affect anyone who has ever interacted or communicated with immigrants online. I see potential legal battles over this in the court system. I think it is the right thing to do, but whether it will pass constitutional muster is another issue altogether. 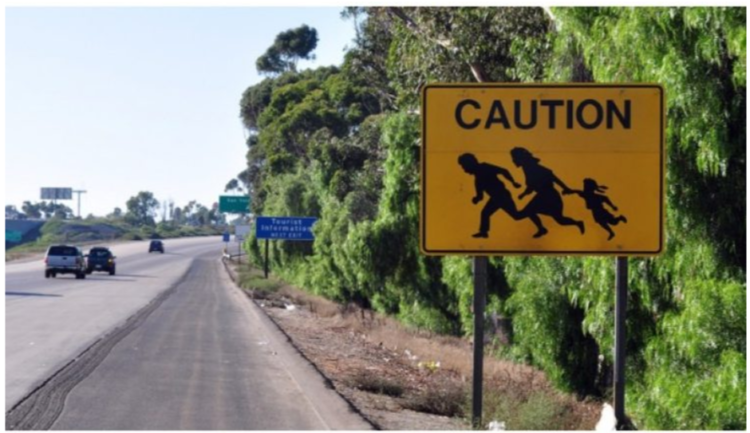 These types of programs have previously been tested by both ICE and U.S. Citizenship and Immigration Services. But in February, the Office of Inspector General said those programs “lack criteria for measuring performance.” I’m not even sure what that means. What this boils down to is tracking and apprehending illegal aliens. Lawyers and privacy advocates are already screaming about this and lining up with court proceedings. The policy is currently open to comments, but will take effect on October 18th.

Personally, I don’t buy the ‘whatever it takes approach’. Either we are for the rule of law and the Constitution or we aren’t. I believe you can utilize social media to go after illegal aliens without violating the rights of others, but it will take finesse. The minute you say just do whatever it takes, you open the door to a police state and that won’t just affect illegal aliens. Tread carefully on that ground. Being President does not give you the right to suspend the law to enforce the law.

Having said that, the police should absolutely be able to use social media to track and arrest these people. The Internet should not be turned into yet another ‘sanctuary’ for illegals. The Department of Homeland Security published the new rule in the Federal Register last week, saying it wants to include “social media handles, aliases, associated identifiable information, and search results” as part of people’s immigration file. Social media should be part of DHS’ arsenal in enforcing the law concerning illegal immigrants… I just don’t want to see it abused.