The mere act of Donald Trump[1] being elected as President has had a very positive effect on our southern border. From what I understand, in the month that Trump has been in office, illegal border crossings have dropped between 40 and 50 percent. Also, the coyote fees for smuggling people in have risen by over 100 percent. President Trump has already put in place funding for the first year of the wall creation, so he is moving ahead with that. The left, led by Chuck-you Schumer, has vowed to block further funding. But where there is a will, there is a way and the money will be found for the wall. It’s too big a political football to not be run with.

Trump has also green lighted the hiring of 10,000 ICE agents and 5,000 more Border Patrol agents while this is going on. He’s also looped in local law enforcement to assist in stepped-up immigration raids and deportations. I’m still waiting on him cutting off funds to sanctuary cities, campuses and states, but I really believe that one is coming. Faster please. If Trump can clean out these agencies of subversive leftists, starting with DHS, he has a chance to right this wrong and be a hero. 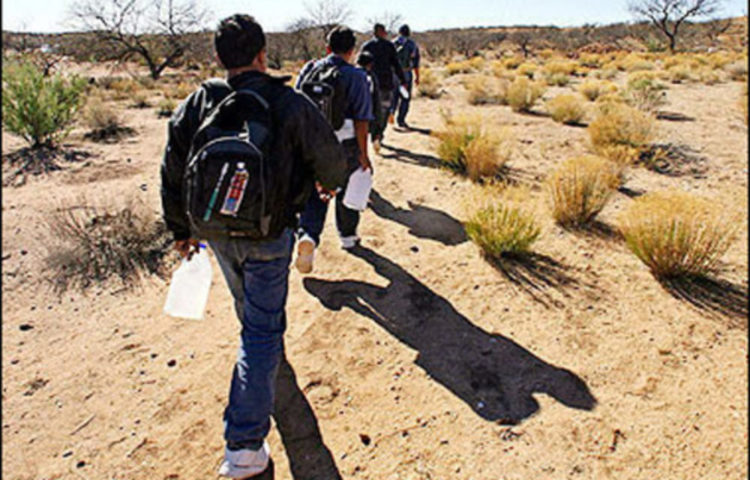 One of the major cornerstones of the Trump campaign was to secure our border. “Build The Wall!” became a rallying cry at campaign stops. Of course, there was reason for concern. Illegal border crossings and not enforcing the law were huge problems under the previous administration. Trump promised to change that.

Since taking office, President Trump has been trying to make good on that promise. While major projects like the border wall will take action from Congress, Trump has been using his executive authority to start securing the border.

Shortly after taking office, Trump signed[3] an executive order to step up immigration enforcement. Additionally, Trump signed a directive[4] that allowed construction on the border wall to begin.

Although none of these measures will be as effective as the wall, they may already be working. In fact, Fox News is reporting[5] that illegal border crossings fell almost 13,000 in Trump’s first month: 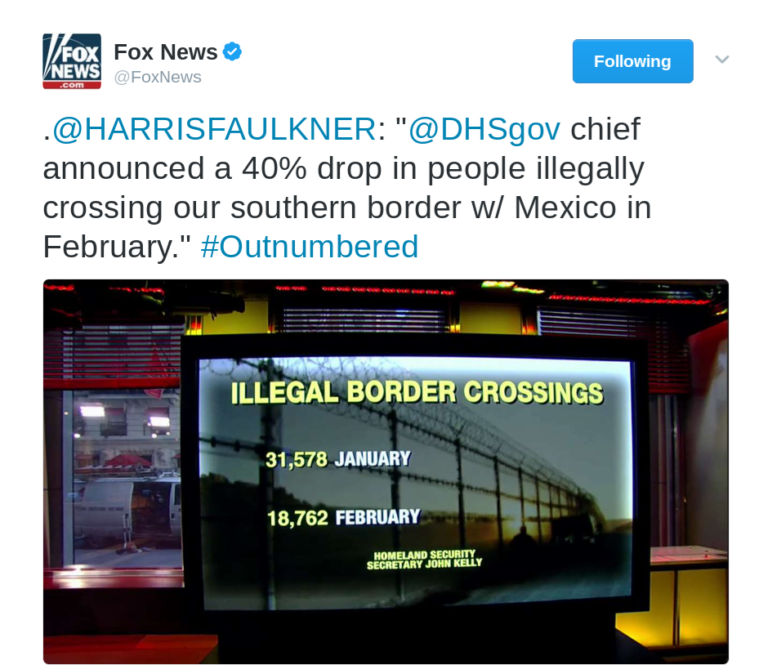 Illegal border crossings dropping by 13,000 in your first month is not bad… not too bad at all. And Trump should get credit and kudos for that. Illegal aliens realize now that they stand a strong chance of failing at coming into the US and therefore are less likely to try it. They also know that most of the free bennies are being cut off and it won’t be worth it. Look for the numbers to keep dropping.

As the wall goes into place and agents and security are placed on the wall, along with drone surveillance, air patrols and video coverage, the numbers will drop even further. So will the drug and human smuggling. And it will save us from terrorist incursion as well. This move is a long time in coming and it will be the cornerstone of Trump’s legacy. So far, so good.