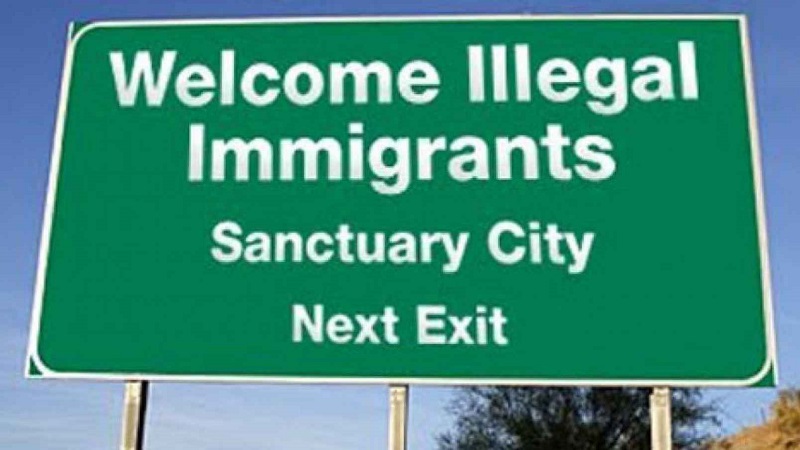 Hey, someone has to mow the yards, clean the bathrooms, and cook the meals for ultra-low wages in one of the richest cities in the country

(LA Times[2]) But it being Malibu, there was a celebrity twist. The idea was inspired by one of the town’s many famous residents: actor Martin Sheen. In December, he grabbed the lectern during a City Council meeting and — as if conjuring his inner President Josiah Bartlet from “The West Wing” — urged the city to become a sanctuary city.

Like many sanctuary city resolutions, Malibu’s is largely symbolic. Backers said the move, which passed on a 3-2 council vote, is a chance for Malibu’s privileged to stand up for the city’s vulnerable population.

Malibu is about 92% white and one of L.A. County’s wealthiest cities. Everyone agrees the city has workers who are not authorized to be in the United States, and they tend to serve the food at upscale eateries, clean the beachside mansions, look after children and keep the landscaping looking lush.

Only 6% is Latino. And mostly poor. And

But residents say a good chunk of the service workforce is Latino. And at least some of those people are in the United States illegally. (Councilwoman Laura) Rosenthal said it’s a well-known fact around town, one rarely talked about — even at last week’s council meeting.

“I think some people in Malibu have people working for them who are undocumented,” she said.

Here’s the money quote from the article

Lifelong Malibu resident Mikke Pierson, 57, a supporter of the resolution, said it’s hard to imagine a Malibu without the many immigrants who toil there. That why expressing support for people who are in the country illegally is so important, he said.

“Heck … we would be paralyzed and no one’s houses would be cleaned,” the former surf shop owner said.

Obviously, it would be too much for so many to hire American citizens and/or those legally authorized to be in the United States. These people in Malibu (media home price is $2.9 million) would prefer to nickle and dime workers, especially since they know the workers can’t complain.

In fairness, there was a lot of discussion, with some against, some for. The city doesn’t receive much money from the federal government, only around $50,000 a year, so, losing that if Trump pushes through with his threat to defund sanctuary cities wouldn’t mean much. And the Los Angelos County Sheriff’s department barely cooperates with Immigrations and Customs Enforcement (ICE) as it is.

But, for all their supposed high ideals and “caring”, what these rich folks want is cheap labor which can’t complain.