Federal Judge Is “Humiliated” For Having To Actually Uphold Immigration Law 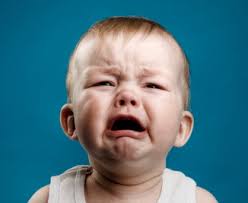 It must be a total bummer having to uphold the laws. There is a solution. Quit

(Breitbart[2]) Judges are humiliated and dehumanized whenever they must enforce the nation’s immigration laws, according to a senior judge on the far-left Ninth Circuit Court of Appeals.

The judge’s cry of outrage came when he could not block the orderly repatriation of an illegal immigrant who has two drunk driving convictions, plus a U.S. wife and three children.

“We are unable to prevent [Andres] Magana Ortiz’s removal, yet it is contrary to the values of this nation and its legal system,” complained Judge Stephen Reinhardt, who wishes to extend citizens’ rights to illegal foreign migrants. He said:

We are compelled to deny Mr. Magana Ortiz’s request for a stay of removal because we do not have the authority to grant it. We are not, however, compelled to find the government’s action in this case fair or just. …

The government’s decision to remove Magana Ortiz diminishes not only our country but our courts, which are supposedly dedicated to the pursuit of justice. Magana Ortiz and his family are in truth not the only victims. Among the others are judges who, forced to participate in such inhumane acts, suffer a loss of dignity and humanity as well. I concur as a judge, but as a citizen I do not.

If Judge Reinhardt is so upset by having to enforce federal immigration law, he can resign. The federal government is specifically tasked with protecting the nation from foreign invasion, which includes those who come to this country illegally as well as overstay their visas. The majority of countries in the world, including Mexico, refuse to tolerate those who are unlawfully present, and many, including Mexico, have harsher penalties.

One might not think drunk driving is a serious offense, however, doing such puts many other people at risk, not just yourself. Hence the reason we are treated to a constant litany of television, radio, and other medium ad placements on the subject. Hence why police often run large projects going after drunk drivers (they run what’s called Operation Eagle across the state of North Carolina at least once per year to crack down). It’s quite fair and just to remove someone who is unlawfully present in the U.S. who has multiple drunk driving convictions on their record.

Apparently, the judge is more worried about his squishy, misplaced feelings than in providing the lawful protection to United States citizens and legally allowed guests.