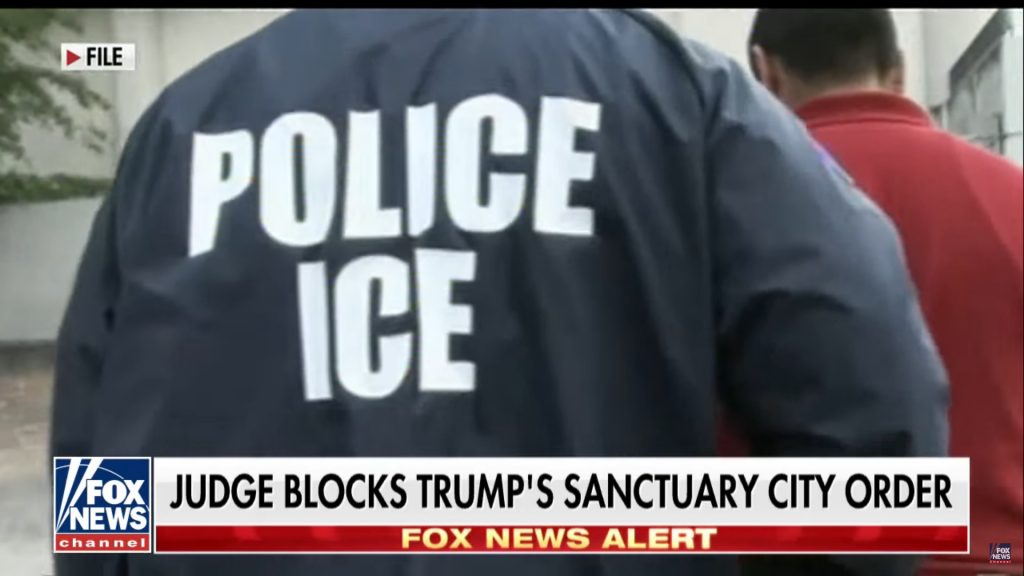 Trump promised to end sanctuary cities and this federal judge is claiming he has won the war and has permanently blocked Trump’s recent Executive Order that restricts the free money handed out to cities that refuse to cooperate with the federal laws that don’t look kindly on illegal aliens.

“The Counties have demonstrated that the Executive Order has caused and will cause them constitutional injuries by violating the separation of powers doctrine and depriving them of their Tenth and Fifth Amendment rights.”

Presumably, they’re mostly angry that the newest E.O. will also deprive them of extra funding, but this is totally about states’ rights. The right to harbor illegal immigrants and the right to go crying to a sympathetic judge when that conflicts with the bags of money they think they deserve. The lawsuit was brought by two counties, both in California, representing San Francisco and Santa Clara. Judge Orrick has stated that Trump can only set “new conditions on spending” if they are first approved by Congress.

This steps all over the E.O. signed by Trump back in January that pledged to push back on sanctuary cities that hold illegal aliens and refuse to work with ICE, including Chicago, LA and New York. The E.O. was meant to “strip federal grant money from the sanctuary states and cities that harbor illegal immigrants” in the words of Sean Spicer.

Commenting on the case, a city attorney with San Francisco said that Judge Orrick’s ruling was a “victory for the American people,” which causes a bit of a head scratch — really, it’s a victory for illegal aliens, not lawful American citizens.

Last month we reported that an illegal alien had finally pleaded guilty to the murder of a Sheriff’s Deputy in Kansas, despite having a previous conviction in Los Angeles for a DUI and a 2013 arrest in Kansas for driving without a license.[2] In both cases, authorities did not involve ICE. So, after two arrests in two different jurisdictions, neither of which reported the criminal to the federal authorities, Adrian Espinosa-Flora drunk drove a car into the officer who was on a routine traffic stop.

Here’s a two-minute Fox News Alert from this morning detailing the order, with host William La Jeunesse who speaks with Margaret Mims, the Fresno County Sheriff who says she believes they need to “freely communicate” with the feds, and the “Sanctuary State Bill restricts that communication.”