Governor of Oklahoma: ICE Sent Us 1200 Illegal Immigrant Children, Including 90 From India (Video)

Obama and his Democrat suck-ups may not want the illegal immigrant children they brought to the United States in their backyard, but that doesn’t mean they have a problem with foisting them on other people’s backyards and leaving a mess for them to clean up. Oklahoma Governor Mary Fallin explained what they’re dealing with now that ICE has deposited over 1,000 illegal immigrant children in Oklahoma, including 90 from India. 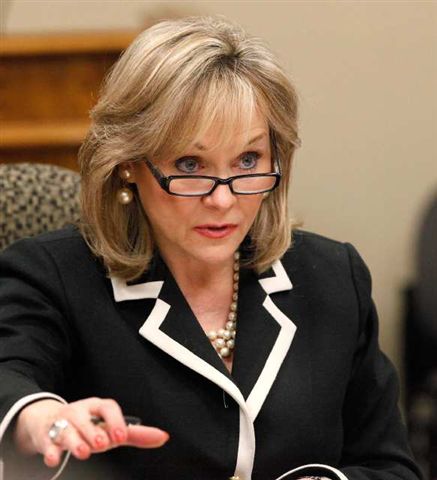 “Because they are children, we want them to be fed, and have appropriate medical care, certainly be safe within the facilities, and they’re segregated. But, one of the things I’ve heard since they’ve been there and it was reported while I was there actually, that there were not only El Salvadoran children, and Honduras, and Guatemala, but there were 90 children reported to be from India that were actually at the facility. And, one of the case workers told my secretary of health that we had people there besides South American children.”

The fact that Indian children, who certainly didn’t walk from India to the Mexican border, are among the flood of these illegal immigrant children should be troubling to anyone with half a brain. It sure does show that people from places like, say, Pakistan could cross the border and be granted amnesty by the Idiot-in-Chief without even a thought to the national security risk he’s creating.