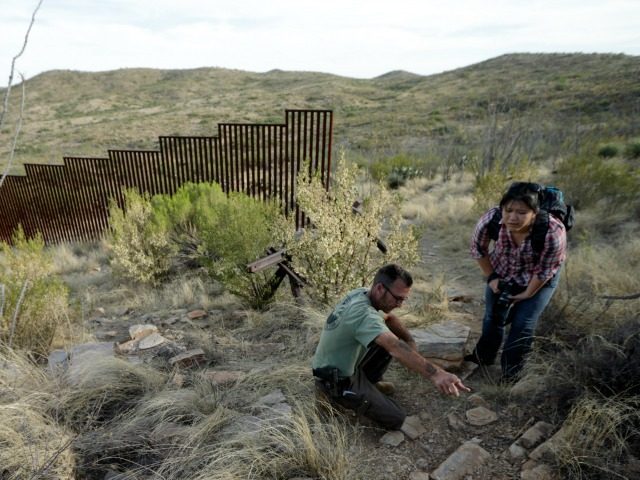 Alexis waits until the Border Patrol agents leave, or maybe creates a diversion to get them away from where he plans on crossing. Then, he sends through the migrants that pay him. They go over the fences using ladders and ropes, or even through holes in the fence that were neglected to be repaired. Once the migrants get to the other side, they only need to avoid the Border Patrol by getting lost in with the largely Latino crowd in Calexico, California.

He said it’s easy to get away with it when you’re over. You just bring them to this one parking lot and wait for the Border Patrol agent to be distracted with their phone. The migrants just have to roll away from the border fence and pretend that they’re just getting out of one of the cars parked in the lot. Then you walk away, free to be an illegal in America.

But if Trump builds that big beautiful wall? It will be a “lot harder” to get his paying customers through. A fence he can work with. Understaffed Border Patrol, he can work with. But with new money pouring in, his business might be done for.

Alexis said, in an interview, that he can’t imagine how the wall will work, exactly, but considering the trouble he already goes through with just the fence, things will be much harder. He said that it’s already “difficult” to get into the country because you have to jump around and sometimes you can break your foot if you’re not careful or athletic on the landing. One thing is for certain: the fee he charges to get people across the border will go up. His fees might be so high that he’ll have to go out of business.

See, Trump? This is how awful you are. You’re putting poor Mexican human smugglers out of business with your wall!

The Vice President of National Border Patrol Council in El Paso, Stuart Harris, told USA Today that the wall shouldn’t be controversial, because all it will do is assist Border Patrol in doing their job by securing the border. “The wall is a combination of infrastructure, technology and boots on the ground.” So far, the Acting Secretary for DHS, Elaine Duke seems to be going through with the wall, because she recently obtained the land and environmental waivers needed in order to start building, at least in Calexico to start.

The waiver states its purpose: for the “expeditious construction of barriers in the vicinity of the international border near Calexico, California[2].” Can’t wait! I wonder if they’ll be doing vacation packages so I can watch the wall being built while I drink margaritas under a tent?

Here’s a video produced last year by the Financial Times showing the issues of drugs and human smuggling that takes place on the border.