Donald Trump has delivered on his campaign promise to crack down on illegal immigration. Arrests and deportations for illegal immigration have increased, with raids across the country and the next step is to tackle gang violence. And ICE has seriously delivered[1]. 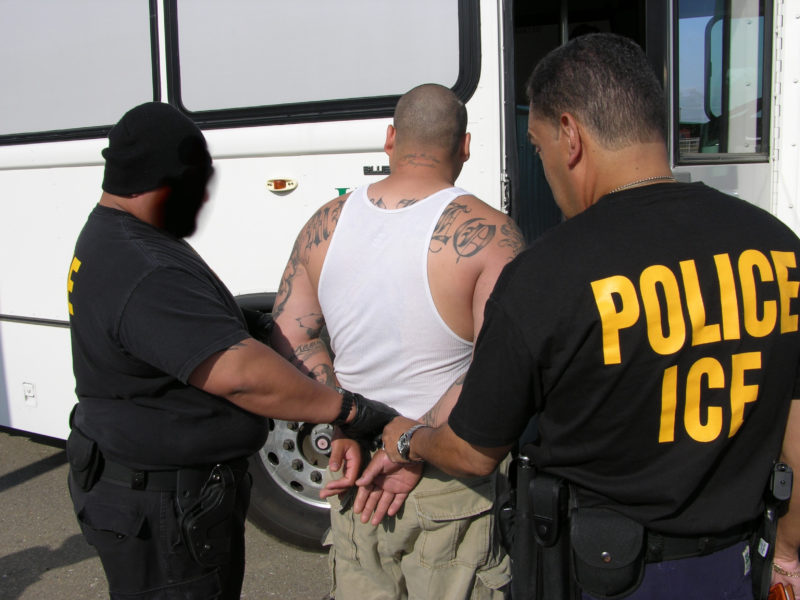 Attorney General Jeff Sessions swore he would make a dent in gang violence and the Department of Homeland Security has utilized Immigration and Customs Enforcement to start. Thursday, they proved that they weren’t messing around.

ICE conducted their largest ever anti-gang operation, arresting more than 1,300 people. The raid was conducted in cities across the country, although Houston, New York, Atlanta and Newark were the hardest hit. Of the 1,368 people arrested, 445 were foreign nationals and three were “dreamers” — illegal immigrants protected under Barack Obama’s Deferred Action for Childhood Arrivals program.

According to CNN, 10 of the people arrested crossed the border as unaccompanied minors and eight of those people were found to be members of MS-13, a brutal Central American gang that is growing rapidly in the United States.

ICE officials say that over 1,000 people were arrested on federal and/or state criminal charges, with arrests from murder-related charges and rape and sexual assault charges. Hundreds of arrests were on administrative immigration violations. 1,095 of the people arrested were confirmed to have gang ties — 137 Bloods, 118 Surenos, 104 MS-13 and 104 Crips — while 283 had no gang ties.

“Gangs threaten the safety of our communities, not just in major metropolitan areas but in our suburbs and rural areas, too,” said ICE Acting Director Thomas Homan. “Gang-related violence and criminal activity present an ongoing challenge for law enforcement everywhere. Our efforts to dismantle gangs are much more effective in areas where partnership with local law enforcement is strongest.”

There was understandably some skepticism about Trump and if he would be genuine about his campaign promises. But now his actions make it clear that we can trust his word, at least when it comes to illegal immigration.