Illegal Alien Activist Charged with 103 Acts of Vandalism, Most are Anti-Trump

Boy, this guy really wants[1] to get arrested and deported. Wish granted. A former University of Connecticut student and community organizer has been arrested after vandalizing several buildings around campus. Eric Cruz-Lopez, 21, was charged with 103 counts of criminal mischief. His greatest hits included graffiti that said “F**k Trump” and “PEST.” He’s an illegal alien who is with CT Students for a Dream… they advocate for undocumented students. Cruz-Lopez also painted a cartoon face with “F**k Trump” in a bubble on campus. He proudly admits to all of this. Good… boot his ass out of the country.

This asshat was arrested outside of the White House last year. Well, this is 2017 and Jeff Sessions will give this guy a one-way ticket out of the US and rightfully so. No more free passes for this moron. Police arrested the immigration activist for allegations of criminal mischief after an investigation into acts of vandalism which occurred between December and March. The tagger reportedly used a paint marker and a spray can. Original he is not. But stupid he has down pat. 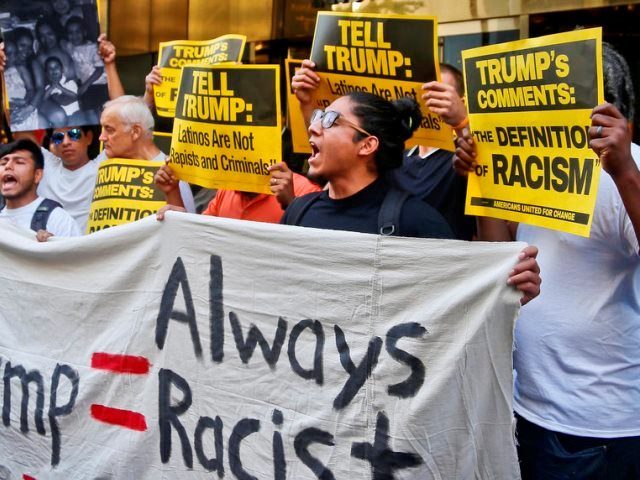 An illegal alien anti-Trump immigration activist has been charged with 103 counts of vandalism at the University of Connecticut where he attended.

The graffiti included “F**k Trump,” and “PEST,” the latter is allegedly his tag signature. He also allegedly painted cartoon face with “F**k Trump” in a bubble on university property. The Daily Mail reported[3] that 21-year-old Cruz-Lopez described himself as an undocumented immigrant.

Cruz-Lopez (pictured above in black shirt) is a community organizer for CT Students for a Dream, an organization that advocates for undocumented students, reported[4] the Hartford Courant. Police at the University knew Cruz-Lopez because he helped coordinate protests against President Trump and his immigration policies.

United We Dream described[5] Cruz-Lopez as “a student with DACA (Deferred Action for Childhood Arrivals),” after police arrested him at the White House in February 2016. The United We Dream website states[6], “We organize and advocate for the dignity and fair treatment of immigrant youth and families, regardless of immigration status.”

The Courant reported that officers took Cruz-Lopez into custody after university police viewed surveillance cameras and learned that he had used his UConn swipe card. He wasn’t even bright enough to know cameras were catching him in the act. Cruz-Lopez gave the police a written statement that said, “I did the graffiti” and “I am open to entering into a conversation about restitution.” Dude… way too late for that. You are an illegal immigrant… ever heard of ICE? Well, you are about to, or at least you should.

The University expended $4,255 to remove the graffiti and clean up the damage. The Homer Babbidge Library, the Student Union and other university buildings were defaced. He has a court date on June 14th. What I don’t get is the judge released this criminal on no bail. You heard that right. Paging Jeff Sessions… your guys have an appointment with this criminal illegal immigrant. Please keep it. 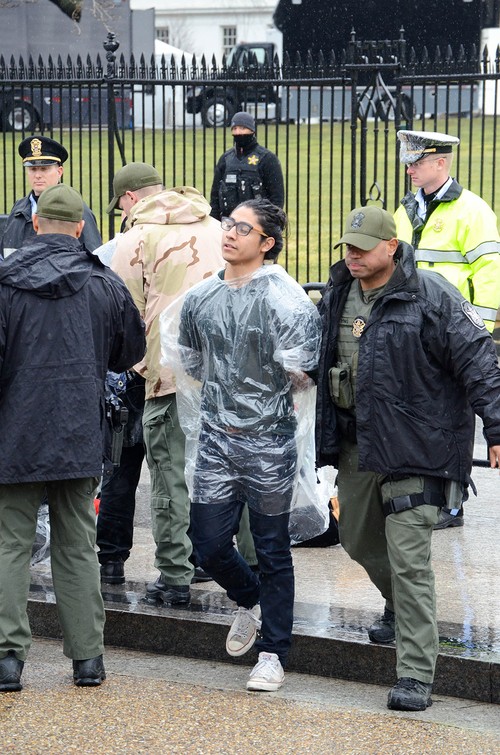