Under Barack Obama, illegal immigration was largely condoned. The Obama administration looked the other way and sanctuary cities flourished across the country. Now, under Donald Trump, things are changing. And illegal immigrants aren’t getting away with their crimes anymore[1]. 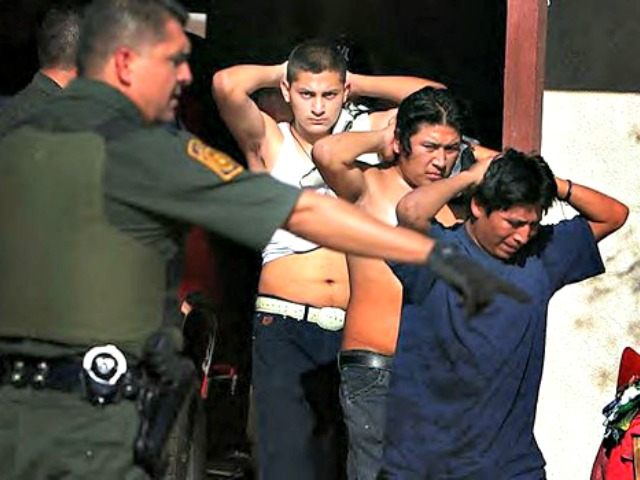 From January through mid-March, Immigration and Customs Enforcement (ICE) made over 21,000 arrests. According to the Washington Post, this a jump of over 30% from the same time last year. In 2016, there were more than 16,000 arrests in the same period.

Most of these arrests are of criminals, not immigrants who came into the country simply trying to make better lives for themselves. Still, 5,441 arrests were of illegal immigrants who had not committed any crimes, more than twice the number that were arrested last year.

Department of Homeland Security Secretary John Kelly said on NBC’s “Meet the Press” that the Trump administration has not changed the definition of criminal, but “where on the spectrum of criminality we operate has changed.” For example, illegal immigrants with multiple DUIs would not have been arrested and deported before; now, they would be. “The law deports people. Secretary Kelly doesn’t. ICE doesn’t. It’s the United States criminal justice system that deports people,” he said.

Liberals are extremely angry about the idea of deporting illegal immigrants, even though most of them have come here and committed crimes. But as John Hawkins’ new book ‘101 Things Young Adults Should Know’ teaches, you are not a victim!

There are certainly arguments that can be made about deporting illegal immigrants, versus giving people an easier path to citizenship. And that argument is even more viable when the immigrant in question has come to the United States, worked hard and committed no crimes. Once that immigrant begins breaking laws, though, they’re no longer victims of anything but their own actions. But the chances of liberals ever understanding that are slim to none.