Illegal alien posts viral selfie of herself paying taxes, then people notice something wrong with her tax form [VIDEO]

Last week I brought you the story[1] of a ‘Dreamer’ trying to make YOU feel bad about being an American upset about illegal immigration.

Arizona State University junior, 23, Belen Sisa was born in Argentina, but came to the United States on a ‘family trip’ at 6 yrs-old. Belen is a ‘dreamer’ – her parents ILLEGALLY overstayed their visa after visiting the US from Argentina when she was still a youngster – that protects her from deportation by President Obama’s Deferred Action for Childhood Arrivals program.

Okay, she nearly grew up in the United States, so she gets to stay. But based on her snotty condescending posts on social media designed to slap the hands of taxpayers in America, she couldn’t have made herself appear further from a good cultured American.

She posted a picture [2]of her 1040 claiming that she indeed paid $300 (I wish I had HER taxes to pay) in an attempt to teach Americans ‘What you’ve known all this time isn’t the truth.’ As a ‘Dreamer’, she is allowed to live, study and work in the US free from the threat of deportation for a specific renewable period of time, despite not holding a visa or green card. She feels misunderstood and mistreated as an undocumented immigrant (which she technically isn’t undocumented, she speaks for ‘dreamers’, not all illegals).

But being braggadocious about the fact that she allegedly paid $300 in taxes to the state of Arizona has turned against her. After she posted a selfie as “proof” of her contribution people started to investigate it… 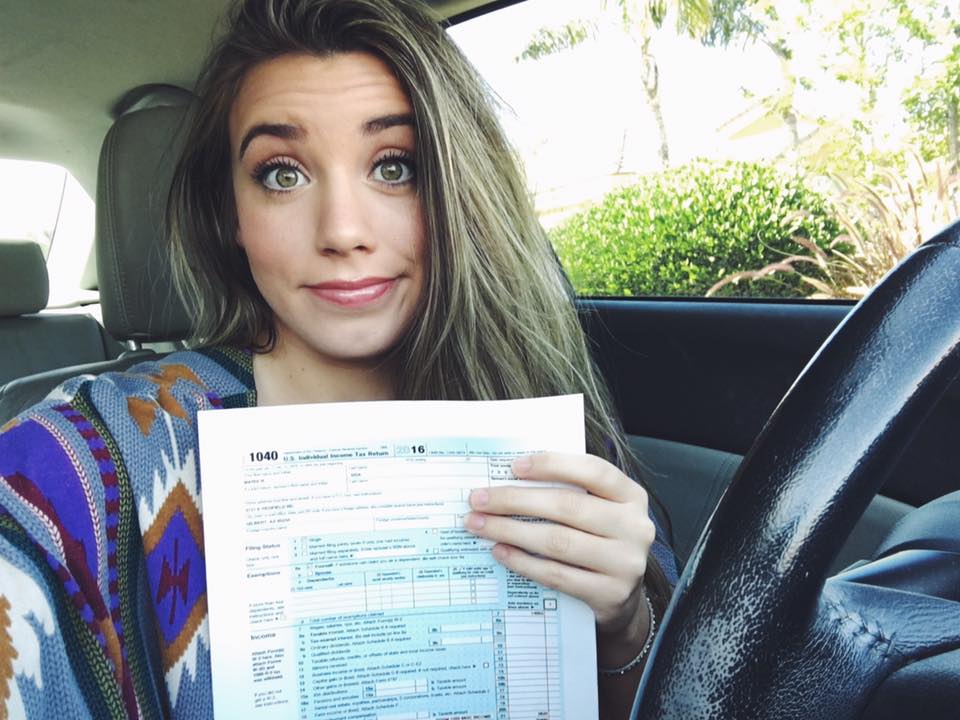 You can see that Belen Sisa is holding up a 1040 form, while claiming that she’s paying state taxes.

The only problem is that it’s a federal form, and it’s not even filled out. It’s not impossible for anyone to get a tax form and pose with it in their car.

James Allsup pointed out everything wrong with this picture as well as her Facebook status in an awesome YouTube video.

Where is ICE when you need them?