Yet again, an innocent person is the victim of crimes committed by an illegal alien. This time, the scumbag murdered his coworker and then set her body on fire. 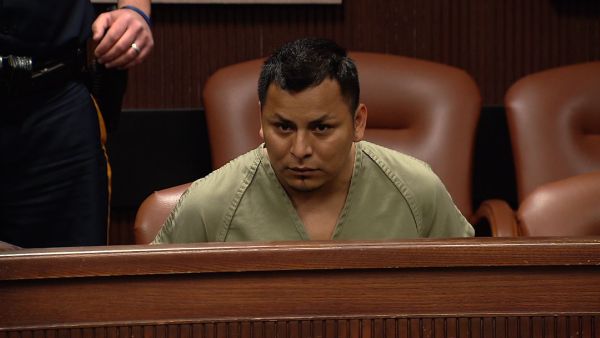 An illegal immigrant from Mexico has admitted to strangling a 30-year-old New Jersey woman he worked with, and setting her body and house on fire to cover up the crime.

Jimenez-Olivera admitted in court to strangling Dranko in April 2014 in her Hillsborough home, stealing $6,000 and lying to police about his involvement before turning himself in two days later.

Prosecutors say he put a pillow case over Dranko’s face and used a lighter to start the blaze.

In exchange for his guilty pleas, the state has agreed to drop a first-degree aggravated sexual assault charge and recommend a 30-year sentence without the possibility of parole on the murder count.

The defendant is facing an additional five-year sentence, to be served consecutively, for desecrating the victim’s remains, according to NJ.com.

The Hillsborough man is in the country illegally and a judge says he could be deported.

How many lives would be saved if the Obama administration actually enforced our immigration laws and kept criminals like this man out of the country? There is no reason to allow illegal immigrants to stay in our country, and especially not those of them who commit repeated crimes.