Apparently, it’s not good enough for illegal immigrants to be allowed to break our laws. Now, they’re demanding lower tuition rates too. 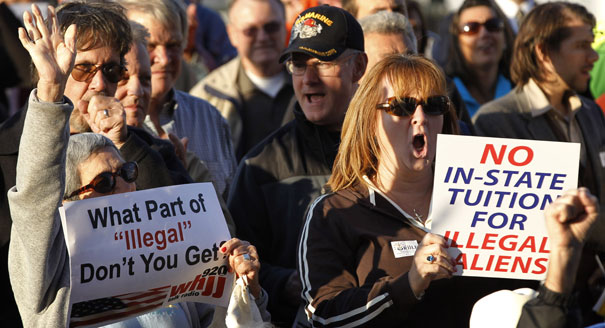 The Missouri branch of the American Civil Liberties Union filed three separate suits on behalf of the unnamed illegal immigrant students against the University of Missouri, St. Louis Community College and the Metropolitan Community College in Kansas City this week calling for the students to receive in-state tuition rates.

“It is shameful to treat DACA students like outcasts, when they have lived, worked and gone to schools in this country since they were children,” Tony Rothert, legal director of the ACLU of Missouri, said in a statement.

What’s shameful is giving lower tuition rates to people who broke the law over Americans who haven’t broken any laws whatsoever. It’s beyond shameless for these illegals to say that not only should they be allowed to break our laws and get away with it, but that they should also be given extra perks because of their status as criminals.