What’s one of the major problems with having a completely porous, open border? That people like this Iraqi military trainer who is fluent in Russian can just stroll across the border! 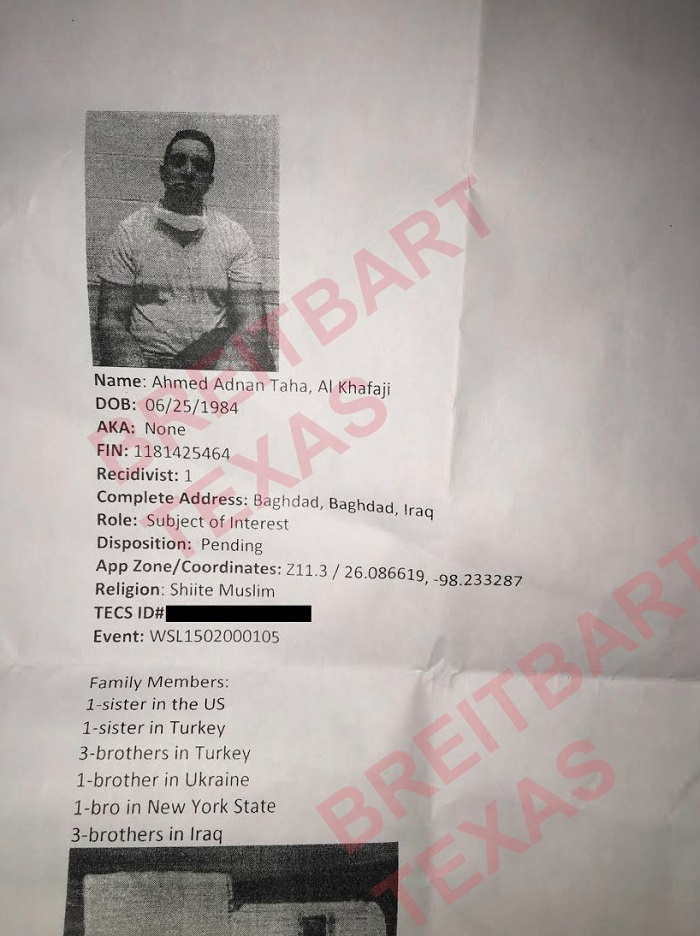 Breitbart Texas exclusively obtained leaked information on the Iraqi man who was apprehended while illegally crossing the U.S.-Mexico border into Texas on February 12, 2015. The Border Patrol agent responsible for interviewing the subject initially expressed concerns that the Iraqi was sent by Russia, largely due to the Iraqi man’s history as a military trainer, his speaking several languages, including Russian, and his having lived in Crimea, according to one of the leaked documents. Breitbart Texas was provided with two documents by a federal agent who works under the umbrella of Customs and Border Protection (CBP). The agent insisted on remaining anonymous.

The Iraqi told U.S. authorities that he spoke fluent Russian and lived in Crimea prior to the Russian invasion. He further stated that a Ukrainian paid $4,000 for him to get to the U.S., however, the Iraqi refused to identify the Ukrainian to U.S. authorities.

The potential terrorist has been handed over to ICE, but don’t get too excited yet — remember, ICE doesn’t routinely deport illegal immigrants in their possession. And it’s not like the Obama administration is all that eager to keep the United States safe anyway.