Yes, let’s give all these illegal aliens citizenship so they can be eligible for even more government giveaway programs[1]. 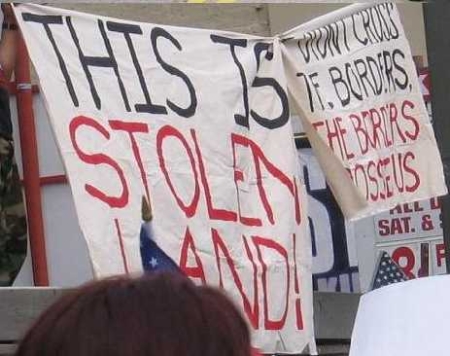 “The law needs clarification that undocumented immigrants are not eligible,” Sen. Charles Grassley, R-Iowa, told Watchdog.org in a statement.

…The IRS has said it doesn’t believe the ACTC law allows the agency to deny payment to undocumented immigrants.

Watchdog reported in June that disbursement of ACTC credits has grown rapidly – and suspiciously – with increased issuance of Individual Taxpayer Identification Numbers as substitutes for Social Security numbers.

ITIN holders are not required to prove legal residency, and ITIN applications are running at the rate of 1 million a year.

Federal investigators identified one address in Atlanta where 23,994 ITIN refunds totaling $46,378,040 were delivered. A single bank account there received 8,393 refunds.

Records indicate that undocumented immigrants in Virginia received $87.9 million in ACTC cash from the IRS. Watchdog reported that $163,711 went to a single address in the tiny eastern shore town of Parksley.

$46,378,040 in refunds were delivered to one address in Atlanta. That must be legit, right? Yet, if you’re a Tea Partier, the IRS wants more documentation than Obama was required to present to run for President in order to get tax exempt status.