It should come as a shock to nobody that liberal sanctuary cities are going out of their way to avoid enforcing immigration laws. In fact, it’s really something that most if not all conservatives expected.

What is surprising, however, is the amount of taxpayer money that Seattle, Washington is spending to defend illegal aliens from deportation. The people of this city should be extremely outraged at the wasteful spending. 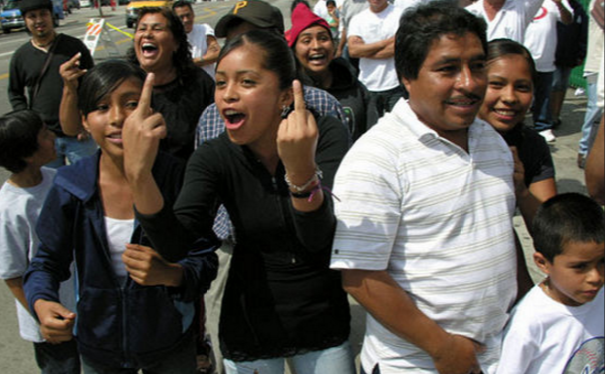 Seattle lawmakers just approved the spending of $1.75M to defend illegal immigrants at their deportation hearings. The money will pay for their lawyers and other related expenses.

According to the Seattle Times[2], the money is to be dispersed among non-profit groups like Northwest Immigrant Rights Project which provides the legal assistance.

This is nothing more than liberals thumbing their nose at President Trump and denying the importance of the rule of law. We’ve seen them do it countless times before between riots, protests that block busy highways and assaulting people for having beliefs they disagree with (a la Richard Spencer.) Oh, but heaven forbid you try to buy a gun in a place like Chicago or New York City; they will follow the law to the letter and probably add in a few extra stipulations if you are wearing a “#MAGA” hat.

Homeland Security Secretary John Kelly’s new immigration directives[3] are seeing the deportation of more illegal immigrants, which is infuriating to progressives who feel like they are entitled to live in the United States, despite breaking numerous laws to do so.

The new directives vastly broaden the pool of undocumented immigrants considered for deportation. The result has been a jarring shift in which the government seeks deportation in nearly every immigration case, said Clarel Cyriaque, a defense attorney who represents Haitians in South Florida. Dozens of his clients were under consideration for prosecutorial discretion based on their years in the U.S., steady employment and clean records.

I think the people of Seattle should begin contacting these lawmakers who are so carelessly spending taxpayer dollars to support criminals.