Left Wanting To Punish Americans For Their Heritage, While Rewarding Obama’s ‘Dreamers’ [VIDEO] 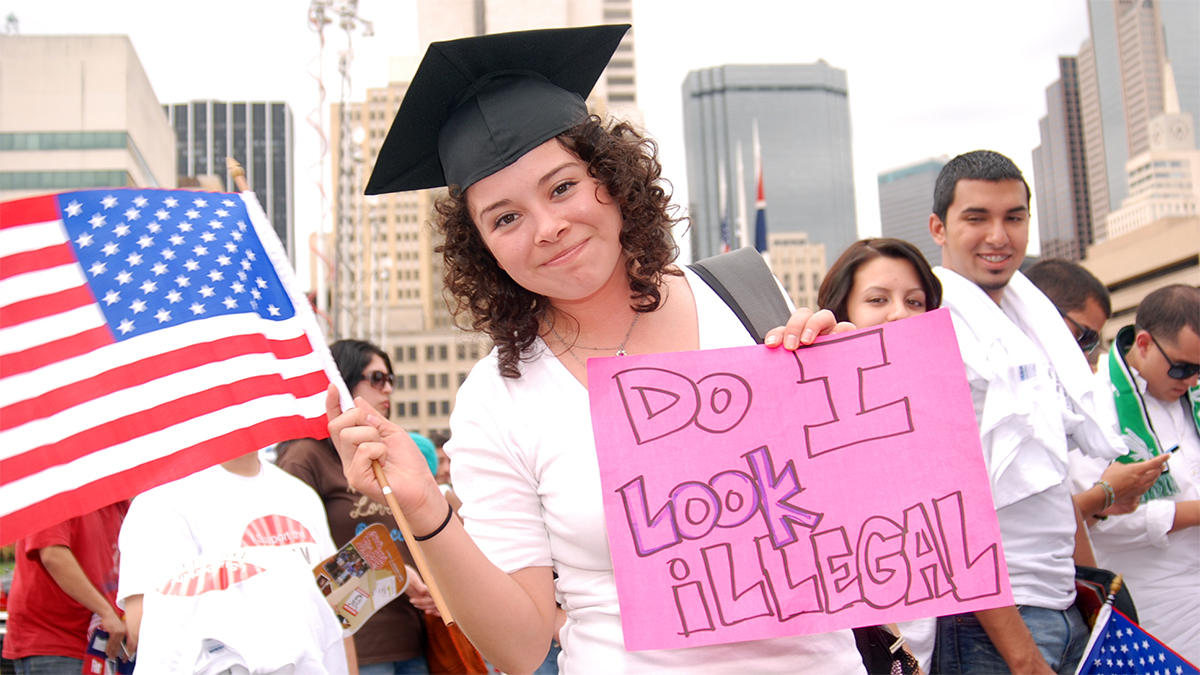 One man’s DREAMer is another man’s night terror.

There are a lot of theories floating around as to why President Obama allowed the original DACA (Deferred Action on Childhood Arrivals) to earn his signature. The DREAMers, as they are known, are supported by a marketing-friendly name and may have been put in place simply to kick the can down the line and force the next President to make an inflammatory decision.

Even the name, DACA, with its Deferred qualification confirms that it was never meant to be a permanent policy, as pointed out by Breitbart’s Raheem Kassam.

"Dreamers" are "not responsible for actions of their parents." But today's whites owe reparations because of yesterday's whites?!?#DACA[2]

But journalists, radio hosts and regular ol’ citizens are bringing new aspects of DACA to the forefront of the news media: If you want children to be completely off the hook for the actions of their parents, then why do white Americans owe reparations?

Newsflash. Your parents actions will effect the rest of your life. That’s why, for starters, if your parents are married and stay together, your chances for a good, happy, successful life are much higher. If your parents choose to smuggle you into another country, or ignore your dental health, you will be in the unfortunate situation of being an illegal alien and having cavities. Life isn’t fair and your parents knew what they were doing was wrong.

Rep. Carolyn B. Maloney posted her support of giving the illegal aliens American citizenship, possibly just based on the cutesy name “DREAMer.”

#DACA[2] has allowed nearly 800,000 #dreamers[4] to step out of the shadows and breathe life into their American dreams. Let's pass the #DreamAct[5]. pic.twitter.com/vlC5PtmsJ5[6]

Yesterday, Rep. Adam Schiff was really sad that the mean Republicans blocked his efforts to protect DREAMers. Isn’t it nice to know that Representatives of Americans think that they should be involved in protecting the phony rights of foreigners first?

Basically, every Democrat you can think of is spilling tears on social media for the poor DREAMers.

All of us have a responsibility in this moment to speak out and demand Congress save the Dreamers. #DACA[2]

There’s a funny back-and-forth going on here: We’re hearing that DREAMers are making lots of money and own property and cars and have a 0% crime rate, while simultaneously they will be devastated if they have to take their money and skills to the country that they were originally from. Won’t that improve their country in the long run?

Nigel Farage, the man who ushered in the Brexit movement and is a big voice for the interests of native Britons instead of refugees, continues on the track that the whole reason anyone cares about the poor babies is that they were given such a sympathetic name.

The left were clever when DACA was introduced. They used the word 'dreamers' so nobody would dare to oppose it. pic.twitter.com/IDDVq8MMQu[12]

The sinister foreign guest host that recently spent a week filling in as host on Rush Limbaugh’s show, Mark Steyn, agrees with Farage.

“Between you and me, I’m in favor of deporting every single Dreamer just because of the stupid name “Dreamer”.”

But if you’re at all conservative, or just believe that maybe doing illegal things shouldn’t be rewarded, then you have to know that the Democrats are not your friends right now.

Even the guy who sent a SWAT team to nab a six year-old wants you to think that sending illegals back is cruel.