Liberals have responded to Donald Trump’s crackdown on immigration with protests designed to show how vital immigrants are to the United States. One of their brilliant ideas was the #DayWithoutImmigrants protest, in which illegal immigrants and their supporters were meant to skip work for a day. And the protest backfired wildly[1]. 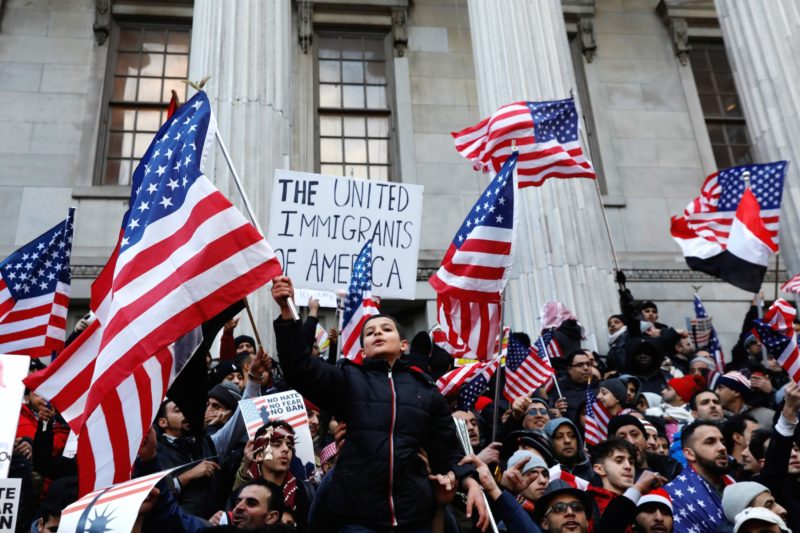 First, the protest had no discernible impact on the country. There was no economic meltdown, no stock market crash. Business went on as usual, and it’s not surprising that no one noticed or cared that immigrants took off of work: a one-day boycott is useless and will accomplish nothing. So, the protest was a failure right from the beginning.

But then, things only got worse. Employees who skipped work without getting approval first began getting fired.

Bradley Coatings, Incorporated, a business in Tennessee, fired 18 workers when they didn’t show up for work on Thursday. It didn’t take long for them to begin whining to the media, with one of the employees saying it was “unfair” that he got fired after skipping work. “I would tell him he was unfair, after working for them for so many years, gave him our best,” he complained. “They could not understand that it was just one day. We were going to make up that day on a Sunday, but they didn’t understand that, and it was not the best way. They didn’t give us an opportunity and just told us we were fired.”

The company responded by pointing out that the problem was not their decision to protest, but their decision to skip work without giving 24 hours notice. “This past Wednesday night, certain employees of BCI informed their leadership that they would not be at work the following day. Because of the time-sensitive nature of the jobs these employees were assigned to, all employees were told that they would need to show up for work or they would be terminated,” the company said in a statement. “Regretfully, and consistent with its prior communication to all its employees, BCI had no choice but to terminate these individuals.”

In Florida, a daycare had to close after too many of their employees didn’t show up. Two employees of Grace Community School claimed that they were fired and three others quickly resigned, fearing that they would be fired next. “We hear that they get fired, go home. I say it’s not fair,” Brenda Botello said to the media. “If we… before he fire me, I’m gonna go, I leave.” Reverend Jeremy Walker, who runs the daycare, however, said that no employees were fired.

JVS Masonry in Denver fired 30 employees after they refused to show up for work. A text allegedly sent to the workers read, “You stand for what you believe, make sure you stand for whatever consequences are going to come … He said whoever took the day off today can find another job tomorrow.” Jim Serowski, the owner, said that it was simply a matter of having a “business to run.” “If they want a job, they show up when they are supposed to,” he said. He also said that if an employee wanted their job back, all they had to do is call and ask.

An additional 21 employees were fired at a boat manufacturing company in South Carolina, 12 from a restaurant in Oklahoma and 25 at a New York deli.

Do you agree with the firings?