The Mexican government[1] is now warning their citizens (note the use of the word here) that the US government is beginning their crackdown on illegal immigrants. An undocumented mother was deported during a routine visit with immigration authorities. She evidently had a deal with the Obama administration, which under President Trump is no longer valid. Guadalupe Garcia de Rayos had previously been convicted of identity theft in 2009, which is a felony. She has been in this country since she was 14, she is now 36. I’m sorry, I have no sympathy for this woman. She could have sought out citizenship and didn’t. Her husband is also illegal… so here’s a thought… deport the whole family so they stay together. They have children. You know… anchor babies. She broke the law numerous times and did not self-deport. I don’t know why anyone should be surprised that ICE is now deporting her. It’s called the rule of law.

This woman is not an American citizen, she is a Mexican citizen and does not belong here unless she comes here legally. It’s good to know that ICE is now once again being allowed to do their job and enforce immigration laws. Her lawyer has appealed and was just swatted down. She’s going and many more will follow.

Protesters tried to block the ICE van with Rayos inside as it tried to leave for Mexico, with one man even tying himself to the wheels of the vehicle. The attempt failed, as immigration officials eventually left the grounds through another exit. All any of these people had to do was follow the law and do things legally. Those protesting should be arrested and checked to see if they should be deported as well. 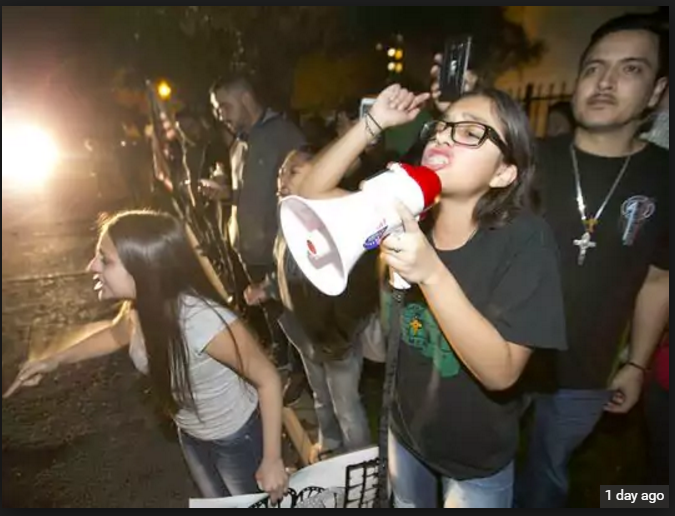 The Mexican government issued a warning [3]Friday for Mexican citizens living in the United States to “take precautions” after an undocumented mother was deported during a routine visit with immigration authorities.

Guadalupe Garcia de Rayos was taken into custody Wednesday after a scheduled check-in with the central Phoenix offices of Immigration and Customs Enforcement. Shortly after, she was deported.

The 36-year-old mother of two was arrested in Mesa, Ariz., in 2008[4] when it was discovered she had used another person’s Social Security number when applying for employment. Garcia de Rayos had been living in the country since arriving in 1996 as an undocumented immigrant at the age of 14. Her husband is also undocumented.

She was convicted of a non-violent felony in 2009 for criminal impersonation. In 2013, an immigration judge found Garcia de Rayos had no legal standing to remain in the country and issued a voluntary departure order, instructing her to return to Mexico.

Garcia de Rayose struck a deal with immigration authorities under the Obama administration. In order to remain the country, she had to first check-in every year, and then every six months. Rayos followed the order diligently; but this week, when her routine appointment was due, she wasn’t allowed to leave.

Ray Ybarra-Maldonado, a Phoenix lawyer representing Rayos believes her deportation “has 100 percent to do with [Trump’s] executive order.” He filed documents pleading with ICE to allow Rayos to stay, but the efforts were unsuccessful.

The director of Puente Arizona, Carlos Garcia, says that illegal aliens that are required to check in won’t now and will go into hiding. That’s okay… ICE is beefing up. They’ll find them if that’s the case. I understand they make house calls now. “Most definitely, if … when people come to check in they are going to get detained and deported, I would assume most people will not turn themselves in,” Garcia said. The Mexican Ministry of Foreign Affairs has now released a statement that puts forth that Rayos was deported in a dignified and safe manner. What the hell does that mean and why does it matter? “The entire Mexican community is invited to take precautions and stay in touch with your nearest consulate, to get the help needed to cope with a situation of this kind,” the statement said.

Mexican consulates “have intensified their work of protecting fellow nationals, foreseeing more severe immigration measures to be implemented by the authorities of this country, and possible violations to constitutional precepts during such operations and problems with due process,” the letter added. I hate to break it to these people, but they aren’t American citizens and are not granted constitutional rights. The Mexican Ministry states that this “illustrates a new reality for the Mexican community living in the United States, facing the most severe implementation of immigration control measures.” Trump is going to root out criminal illegal aliens first, but those that are here illegally all in itself better either get legal or self deport. Just sayin’. Immigration and Customs Enforcement confirmed Friday that it completed a week-long “enforcement surge” and arrested 160 undocumented immigrants in Los Angeles, 150 of which had “criminal histories.” This is just the beginning and long overdue. 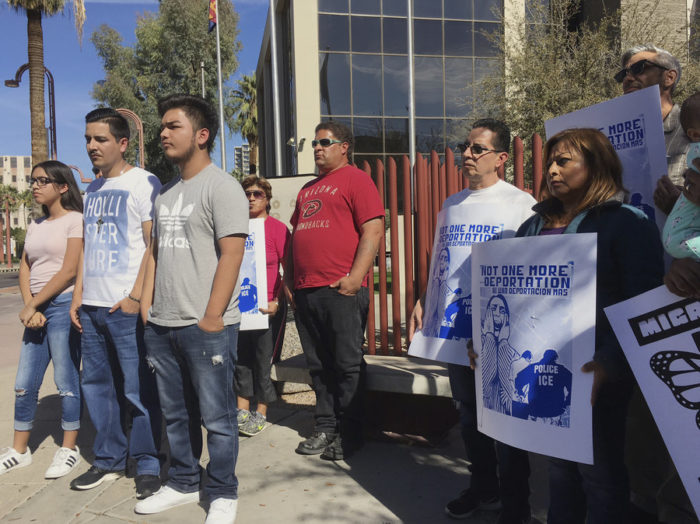