While many Americans oppose illegal immigration, most Americans conversely support DACA — the Deferred Action for Childhood Arrivals program. This allows children who were brought illegally to the United States, through no fault of their own, to receive a two-year deferred action from deportation and be eligible for work permits. But while this program enjoys widespread support, what one public university just did has people furious. 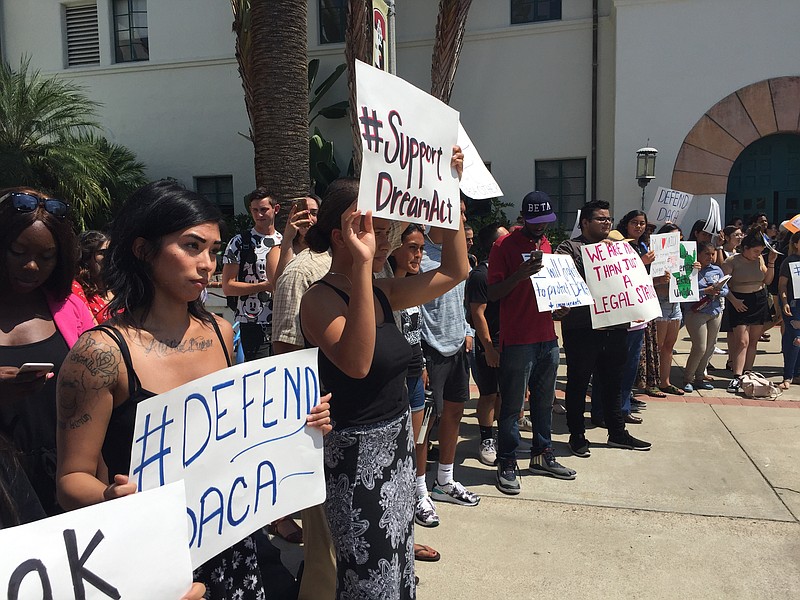 San Diego State University just announced that it will fund its students’ DACA renewal application fees. The school, which is a public university, is setting aside $130,000 for the application fees, which are $495 per student.

“This is a one time funding allocation not to exceed $130,000 and will be given to the SDSU Economic Crisis Response Team. This could fund up to 262 student DACA renewals which we are told by the University would be sufficient,” D. Hayden Willis, vice president of financial affairs at SDSU, explained in a September memo to the Financial Affairs Committee.

Willis also claimed that the funds are “unclaimed property” and were received “after the 2017-18 budget was approved and are currently unallocated.”

The Economic Crisis Response Team is made up of administrators, students and faculty who make sure “students experiencing food or housing insecurity, or other immediate, unforeseen financial crises are connected with short-term and long-term aid quickly and without stigmatization,” the university website explains.

On Twitter, the San Diego State University student government praised the move, saying it aligns with their “mission, vision and values.” The deadline to apply was October 5th and all students who did so were promised confidentiality from the university administration.

San Diego State University President Sally Roush has publicly expressed her approval for DACA and even went so far as to publicly implore Donald Trump to keep the program. “As you consider your decision, we urge you to give the greatest weight to the fact that these individuals who arrived in this country too young to have made the decision to come here, or to have understood any consequent impact on their citizenship, have in fact excelled as students and as good citizens,” she wrote in a public letter, early in September. “We implore you to acknowledge these facts and urge you to retain the DACA program.”

Students followed her lead, holding rallies in support of DACA and writing letters in the student newspaper, The Daily Aztec, asking Trump to keep the program in place.

Do you think taxpayer dollars should be spent on DACA application fees?