Paul Ryan Just Posted a Video of His Visit to Southern Border: ‘It’s Time for the Wall’

There has been much speculation about whether or not Donald Trump’s promised border wall will ever get built. But a new update from House Speaker Paul Ryan should have wall advocates more excited. In a video, Ryan visits the southern border and announces that it’s time to build the wall. 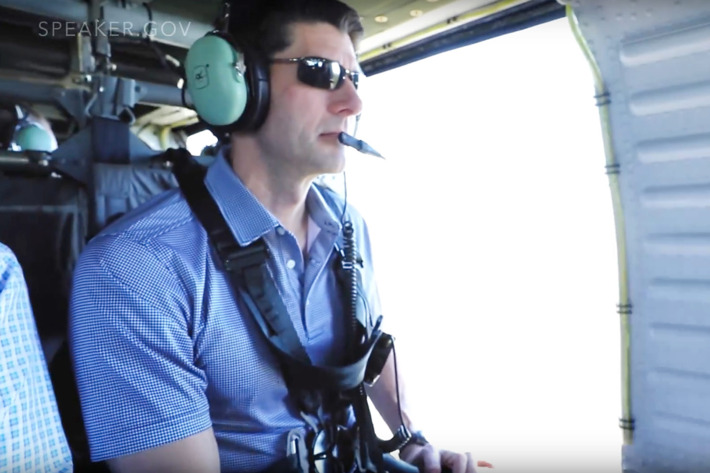 Ryan traveled to Texas, where he spent time with the Border Patrol in the Rio Grande Valley. Ryan wanted to see firsthand what the situation on the ground is like and seeing it for himself was apparently enough for him to get on board with building the wall.

In the 30-second video, titled “It’s Time for the Wall,” Ryan can be seen with Border Patrol agents riding in a helicopter, riding horses and surveying the border. He noted that there were 1,954 miles of southern border between the United States and Mexico, and argued that agents needed more tools to effectively do their jobs.

“I had the opportunity to travel down to Texas, to go to the Rio Grande Valley; spend time with our border patrol,” Ryan said. “When you see what they’re up against it really gives you even greater respect for what they do.”

“They clearly need more tools and more support to do their job effectively,” he continued. “That’s why we’re going to get this done this week.” The video also included another message on screen, which read, “It’s time for The [sic] Wall. That’s why the House voted to fully fund the Trump administration’s request to build it.”

But Ryan doesn’t just want to build the wall. He also wants to see more military funding, better equipment and increased pay for service members. In addition to these things, Ryan also said that we need to crack down more on illegal immigration, withhold federal grants from sanctuary cities and increase funding for Customs and Border Protection, so there can be more agents patrolling the border.

Do you agree with Ryan’s plan?