Poll: Majority Do Not Want To Live In A Sanctuary City 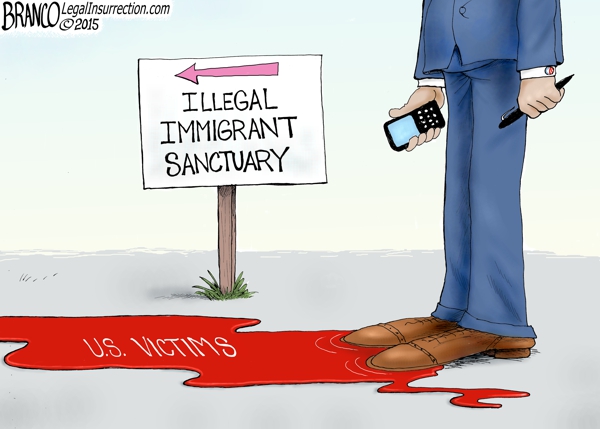 (The Blaze[2]) The majority of Americans oppose having their city declared a “sanctuary city” to protect illegal immigrants, a new poll reveals.

As Rasmussen points out, this poll is based on the issue in Rockville, Maryland, where two immigrants, for which at least one is known to be an illegal, brutally raped a 14 year old girl in a school bathroom (a story which has been virtually embargoed[4] by the major media). The city itself is considering[5] whether to declare itself a sanctuary city in the midst of this.

I wonder how many Democrats want to live in sanctuary cities? Good news, the poll answers the question

Respondents were highly divided among partisan lines. Republicans were mostly likely to say they feared living in “sanctuary city” while a “plurality” of Democrats — 48 percent — said they favor it.

So, even 52% of Democrats do not want to live in conditions their beliefs create. Surprise!

Meanwhile, California is holding hearings on whether to become a sanctuary state, SB-54[6]. One woman speaks out[7]

“Our beautiful children have been sacrificed at the altar of elected officials and non-profits as we can see how many non-profits are making money off of our dead children,” she continued. “I have it on good authority, our side wins! Even with all that that you have, our side wins, because you have weeping mothers not only in California but throughout the United States now. It’s not here, it’s everywhere now.”

“Stop trying to blur the difference between illegal and legal,” she thundered. “There’s a big difference. We’re Americans – we live the American culture and we have the American spirit. We don’t steal, we don’t lie and we don’t take other people’s things.”

Not only read the whole thing, watch and listen to the video. Like everything with liberals, there is an unstated ulterior goal when it comes to illegals. They don’t care about them. They want more voters, at the expense of legal citizens.