Democrats think that because they opt to deport illegals for a cherry-picked list of violent offenses, somehow that makes them better than the Republicans who don’t want them to enter the country in the first place. 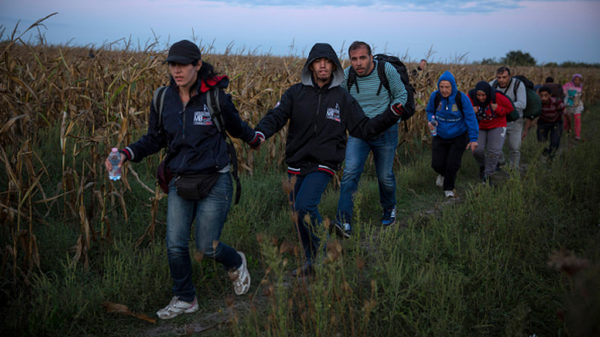 At around 2:20 a.m., agents assigned to the El Centro Border Patrol Station observed two men walking north from the International Border fence near Ocotillo in a mountainous area. Agents caught up and questioned the men and determined that they were illegally present in the United States. The men were arrested and transported to the El Centro station for processing.

“These two arrests highlight the importance of knowing who is coming into the United States. The two sex offenders our Border Patrol Agents arrested took advantage of and preyed on minors,” said Assistant Chief Patrol Agent David S. Kim. “Our agents shield our communities and our country from threats like this everyday.”

The men will be criminally prosecuted for Re-Entry After Removal as a convicted sex offenders.

Why bother deporting them? They’ll just reoffend and attempt to enter the country again. Instead I offer a cheaper solution that comes in a variety of calibers.