How is it that every country on planet earth seems to get this concept except us[1]? 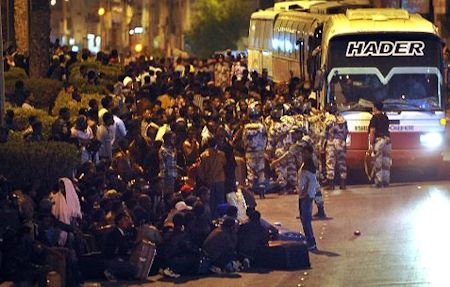 Ethiopia has flown home over 50,000 citizens in Saudi Arabia after a crackdown against illegal immigrants in the oil-rich state, the foreign ministry said Wednesday.

“We projected the initial number to be 10,000 but it is increasing,” foreign ministry spokesman Dina Mufti told AFP, adding that the final total once the mass airlift ends is now expected to be around 80,000.

The Ethiopian government said three of its citizens were killed in clashes.

Dina said the government is spending $2.6 million (1.9 million euros) on the repatriation program to bring citizens home, the majority women.

We should be doing the same thing with Mexico. Not only should we be shipping illegals back there, we should be forcing them to pay for the flight home.