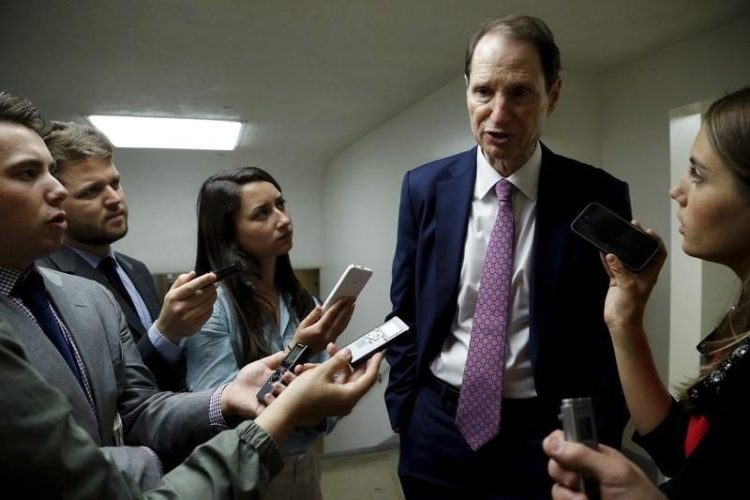 A Democratic Senator from Oregon refused to talk about the rape of one of his constituents because he said he only was only going to talk about taxes that day.

We can assume that the victim of this rape is also a tax payer and we know that her attacker is not, because he is an illegal immigrant with a history who should’ve been kicked out of the country a long time ago.

Rep. Ron Wyden (D-OR) is now on tape refusing to answer questions about the illegal alien who had been already arrested and deported twenty times, but kept getting himself back in.

As reported by The Young Conservatives:

31-year-old Sergio Martinez had been arrested by the Multnomah County Sheriff’s Office but was released one week before the attacks.[2]

This was despite the fact that ICE had lodged a detainer against him in Dec. 2016. The agency also requested that local authorities notify them before they released him, so they could take him into custody.

They failed to do so and just let him go, enabling him to allegedly assault the women.

Democrats are demonstrating their order of operations. First, protect illegal immigration, because illegal immigrants are the ones who will find a way to vote illegally and they’re going to vote for the Democrats who want them there. Democrats are the ones in places like California who are benefiting by having cheap labor on their farms instead of hiring Americans. Secondly (or maybe third, depending on which special interest group is being the loudest), come the women who are being brutalized by those illegal immigrants. Countries like Mexico are not sending their best.

You can listen to the short tape here. We’re only posting 1:33 worth of the clip so you don’t have to dig through the whole thing yourself to find the part that matters.